According to the Cat Fanciers' Association (CFA), the lender, sleek and large-eared Abyssinian cat is one of the oldest breeds known to cat enthusiasts. These short-haired felines are loved for their playfulness, energetic personalities, and intelligence.

History of the Abyssinian Cat

The Abyssinian cat remains a popular breed on the show circuit, yet its exact historical origin remains unknown. Although their name suggests the first Abyssinian cats were found in Ethiopia (formerly Abyssinia), their title is misleading. They received their name simply because the first Abyssinian felines to be competitively shown were imported from Abyssinia. Nevertheless, the CFA states many geneticists have concluded these cats came from Southeast Asia and the coast of the Indian Ocean. 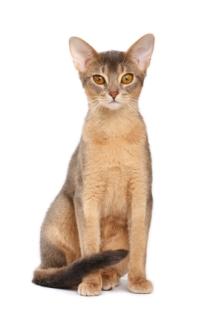 Perhaps your cat looks predominantly Abyssinian, but you are unsure of its exact breed. Cat associations exist in the breeding world to ensure the preservation of standard breed traits, and each cat association has similar standards. The CFA remains the most conservative, so you may want to take a look at their breed standards for the Abyssinian.

You may be able to tell by physical features alone. Traits of Abyssinians cats include:

Personality Traits of the Abyssinian

Personality traits of Abyssinian cats include:

Warning: Do not underestimate their inquisitiveness and physical ability. Their athletic feats alone will compel their owners to stow valuable items far out of reach. Abyssinians are extraordinarily agile, and they will often have little trouble leaping to places you thought were impossible to reach.

Other Quick Facts about Abyssinians 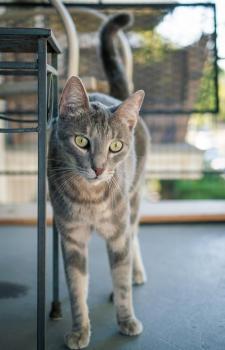 You may not know the following interesting facts Abyssinian cats:

Can You Show Your Household Abyssinian Cat?

Unfortunately, even if your cat appears to be characteristically Abyssinian, it is unlikely that you will be able to show your animal as an Abyssinian cat. Almost every cat association requires an extensive proof-of-pedigree for show animals. The more conservative the association, the more extensive this proof will need to be.

However, many associations do have a show category for household pets that you could participate in if your cat doesn't have papers. This is a fun category for non-breeders who just want to boast the darling characteristics of their adorable furry friends.

When purchasing an Abyssinian feline, it is important to buy from a breeder who is recognized by at least one cat association. Abyssinians in pet shops cannot be guaranteed unless they come with a solid proof-of-pedigree that goes back as far as five generations, which is unlikely to be available at a pet shop.The cost of Abyssinian cats range from about $300 to $550. If you want a cat you can show, the cost will be more around $1,000 to about $1,500. 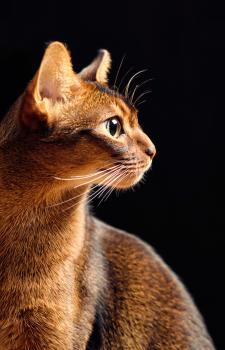 Examples of reputable breeder networks and rescue organizations to consider when you are looking for an Abyssinian include:

You can also try directories such as BreedList.com, which will lead you to Abyssinian breeders across the nation.

Abyssinian Cats Are Companion You Will Never Forget

They say that dogs are humanity's best friend, but whoever said that never had an Abyssinian cat. These amazing felines defy the negative stereotypes of cats with their irrepressible personalities and energy. They make cat ownership delightful and new every day.