As the subject of feline folklore and superstition, myths about black cats abound. Whether you believe these dark-colored kitties are bad luck, you can't deny their charm and beauty.

Black cats are highly mysterious creatures. The Committee for Skeptical Inquiry has written considerably regarding the cultural superstitions that surround black cats.

Until the 17th century, many cultures such as Egypt and Rome deified cats. In Egypt, the death of a cat was equated to the death of a family member. Cats were mummified, and families wept and mourned as for a human counterpart.

Things went sour for cats by the 1600s when felines became associated with witchcraft. In fact, many households burned cats on Shrove Tuesday as a means to protect the family from natural disasters and calamitous events.

In some cultures, black cats are a symbol of magic and witches. This goes all the way back to ancient Roman times when black cats were associated with the goddess of witchcraft Hecate.

Black cats were also considered lucky onboard ships as not only an omen of good fortune but also for keeping the rodent population down.

Black cats are not an actual breed in their own right, although many breeds can produce a black coat. There are 22 breeds that can have a completely black coat and this coloring is not rare among cats. Some popular breeds that are particularly known for their black coloring and are easily found are: 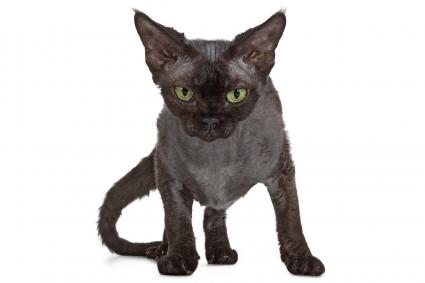 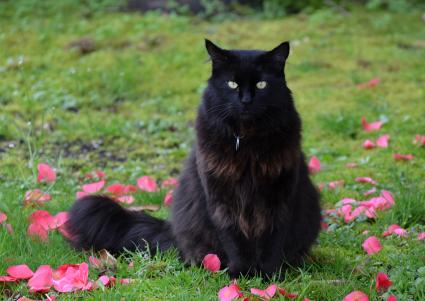 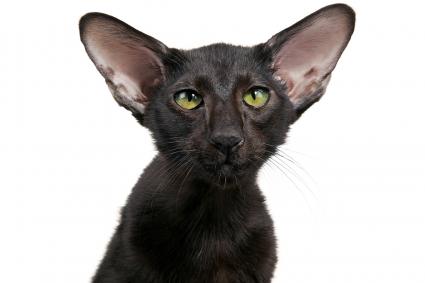 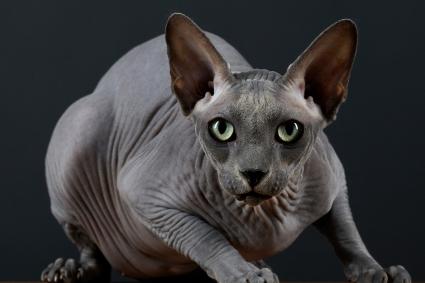 Breeds that are known for having a lovely solid black coat but are harder to find include the:

One rarer cat breed, the Bombay, comes only in solid black.

The Beauty of Black Cats

Black is a very attractive color for cats. The deep single-toned black color can highlight the shine of a feline's coat. The stark contrast between a cat's eyes and its black coat color also serves to make this animal all the more striking. 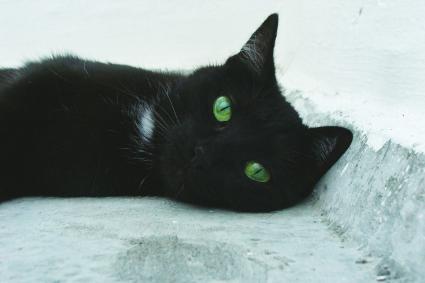 Truly, it is the contrast of eye color to coat that makes black cats so mysterious and sometimes foreboding. The color black is already sufficiently associated with metaphysics and spiritual avenues to make a pair of gold eyes shining from a shroud of black fur seem very intimidating. For this reason, some individuals and cultures have not associated black cats with favorable qualities or good fortune. 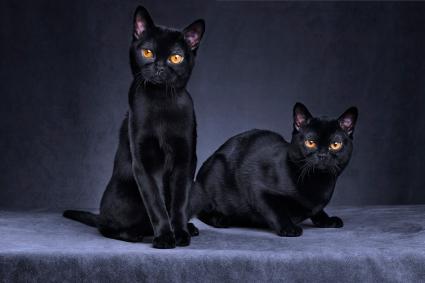 Blue eyes are actually rare among black cats because the gene for blue eyes is associated with paler colored cats. Of course you will find black kittens with blue eyes like all other types of kittens but their eyes will change color as they grow older. However there is a rare breed that naturally has dark blue eyes and dark colored coats, including black, known as the Ojos Azules cat. 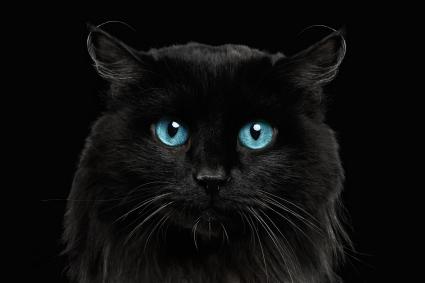 Aside from the good luck associated with owning a black cat, there are other factors that can propel potential owners towards getting a black cat. Black cats are really no different in terms of personality and temperament than their lighter-colored counterparts. However, the attractive contrast of coat to eyes that translates into such a mysterious effect will make your cat the topic of many future conversations with superstitious guests.

Research has found that black cats may have a definite edge over other cats because of their fur pigmentation. It's possible that their fur color evolved to help them become resistant to diseases and genetic study is underway to see how this may help human health as well.

One unique quirk that potential black cat owners should be aware of is the chance your cat's fur may change color if he spends a lot of time in the sun.

While some people still cling to the baseless superstitions that black cats are unlucky, anyone who has the pleasure of a black feline's company knows how off base this idea is. Personality-wise black cats are no different from other cats and they can run the gamut from silly and fun to gentle and calm. Just rest assured that having one in your life will never bring you bad luck, but years of loving companionship instead.