With many types of cat litter on the market, it can be difficult to decide which option is best for your kitty and your lifestyle. Each has its advantages and disadvantages, and the best one for you depends on some specific factors 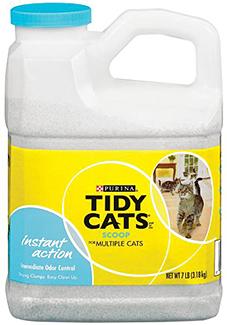 After boxes of sand, the first innovation in cat litter was the development of clay litter. This is simply dried pulverized clay, which absorbs urine and gives the cat something to bury feces with. A slotted spoon allows the pet owner to fish out the feces periodically to keep the odor down. Cats can track clay crumbs around on their paws, making sweeping up after them a constant chore.

Clay litter is frequently one of the least expensive brands of litter, and is often used as a starter litter for kittens, who may attempt to eat the granules. Many stores offer generic clay litters at a discounted price; two popular brands of clay litter include: 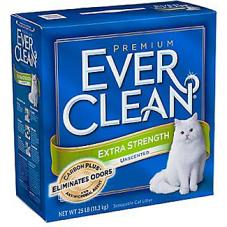 Clumping litter is frequently made with a clay base that pulls or clumps together into balls when wet. Cat owners can remove not only the feces, but the odor-causing urine as well. Different brands have various levels of clumping; some pull together tighter than others. This may be due to where and how your cat urinates in the box.

Some clumping litters are also easy for cats to track outside the box. Placing the litter box on a bathmat so the cat has to wipe his feet when he emerges might help reduce litter-track throughout the house.

Clumping litters are one of the easiest to find, at a range of prices. Top selling brands include: 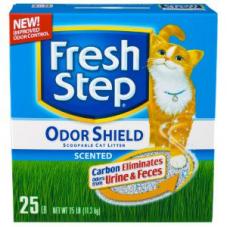 At about the same time that clumping litter was introduced, both clumping and non-clumping cat litters began to feature some sort of odor control. Some advertised that they contained baking soda, which would neutralize odor. Some experimented with enzymes. Today a number of litters advertise that they have controlled the odor problem; they all work with various degrees of success.

While nearly every brand of litter will feature some degree of odor control, two of the best selling brands include: 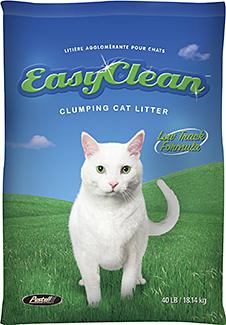 "Crystal" litters are actually silicone-based litters that absorb urine, the moisture in feces and the accompanying odors. These litters are super-absorbent, so you don't need to use as much in the pan at one time. When the crystals' absorption capacity has been exceeded, cat urine will start to pool and it's time to change the cat litter.

Some litters are a combination of clumping, crystals and deodorizing. Deodorant and crystal litters vary in how much tracking litter they create for cleanup, depending on grain size and paw adherence.

Crystal litters can be more expensive than other kinds, but some pet stores offer store brands at lower prices. Two popular brands include: 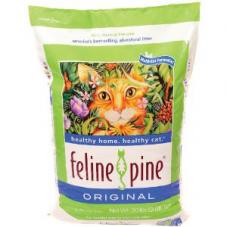 Natural, biodegradable choices for cat litter include pine pellets, wheat and corn. These natural products neutralize odors right in the box. When the small pellets come in contact with urine, they fall apart into a sawdust like material that absorbs the odor. These products are frequently lower in dust and in tracking than other litters, so they may be a safer litter for cats that have respiratory issues or who are bothered by litter between their toes. Some brands may also be flushable, because the product is completely biodegradable.

Manufacturers of natural litters include:

Another biodegradable option in cat litter is litter made from recycled paper. Paper-based litters are formed into large pellets that don't easily get caught in paw pads, making them fairly track free. The paper is also extremely absorbent and dust free, allowing them to control odor better than some clay litters.

One brand of recycled paper litter that gets good reviews is Yesterday's News.

Cats can be just as choosy about their litters as their owners can. Some cats may retaliate against a change in litter by refusing to use the litter box. If you do decide to change litters, do so gradually by mixing more and more of the new litter into the old until you are using the new litter entirely. If your cat resists change, back off or slow down in your introduction. Otherwise, make an informed choice when starting your new kitten out in a type of litter, and continue to use that type for the life of your cat.

If you have cats in your house, then cat litter is a big part of your life. Buy the type that best suits your home, your budget and your cat. The result will have you both living together in greater comfort than ever.