Himalayan cat colors range from lilac to chocolate lynx and dozens of other shades. Understanding the amazing variety of colors can help you appreciate this beautiful breed even more.

Thanks to the hard work of several breeders in preserving and extending certain color traits, a variety of Himalayan colorpoint shades are now recognized by the Cat Fancier's Association (CFA). This truly is an accomplishment because the CFA is a longstanding cat association that represents the most conservative standards within the breeding world.

Himalayan cats are a colorpoint breed that is typically categorized within the division of the Persian cat. The term colorpoint translates to a cat with an even and light colored body, but its face and extremities feature a darker coat color. Across the face, there will be a darker "mask-like" shade which will also manifest itself along the length of the tail and the tip of the paws. When a colorpoint cat hits the show circuit, the even color of its body is critical in emphasizing the contrast of its paws, tail, and face. Points are docked for any markings, and, in fact, markings can render a cat ineligible in many cases. 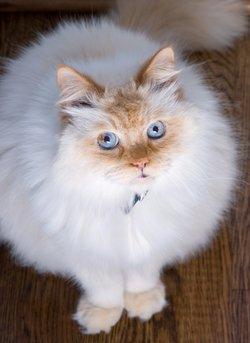 Although the CFA is generally extremely conservative regarding acceptable color shades for many breeds, it has been more than generous with the Himalayan division. Currently a variety of color point combinations are acceptable. These include:

This information regarding color recognition has been acquired from the Himalayan profile page at the CFA website. Not all Himalayan colors were recognized from the start. There have been breed favorites over the decades, and colors such as lynx points only received recognition in the late '70s and early '80s.

The body of a Himalayan colorpoint is typically ivory or fawn. An ivory body is offset well by flame and tortie shadings. In fact, these color combinations are, according to the CFA, reportedly the "darlings of the Himalayan world". Breeders who enjoy sleek and striking colors generally avoid tortie patterns because they can be chaotic. However, for the Himalayan cat, the tortie colors are apparently an asset. If you are unfamiliar with the term "tortie" in reference to a cat color, the term is the shortened version of "tortoiseshell", which describes the pattern of this shading. Torties possess a mottled hue of certain colors similar to those of a tortoise's shell. This color can be both complicated and interesting, and it adds a certain flair to a colorpoint. 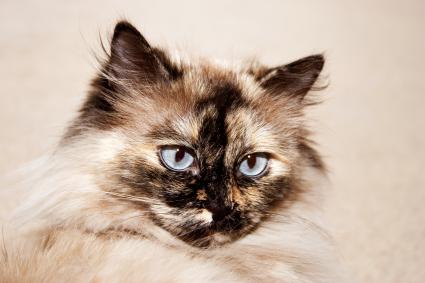 Seal point Himalayans have points on their ears, facial mask, legs, paws and tail that are a rich brown color, which is known as "seal." Their paw and nose pads should also be the same brown color. Like other Himalayans the rest of their body is white to a pale fawn color. Seal Point Himalayans were one of the four original colors accepted by the CFA in 1957. 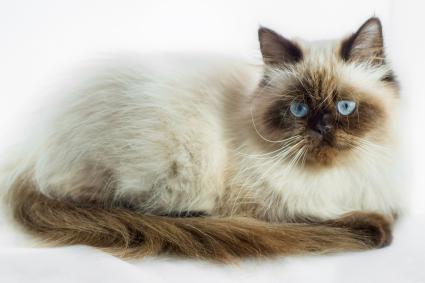 Lynx points are amongst the last to receive recognition, and this color combination is even more striking than the tortie. A lynx pattern is stripey and tabby-esque. It can present a very interesting contrast against the single-shade body of a Himalayan. 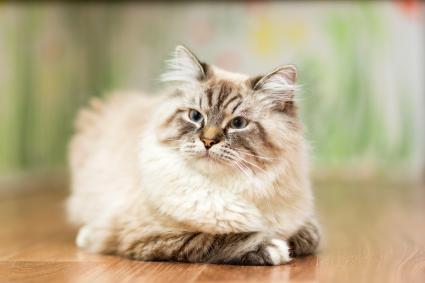 Deciding on a Color

If you are purchasing a Himalayan cat for show or breeding purposes, it is very important to analyze your cat's pedigree for information regarding recessive and dominant genes in the field of color. It is also just as important to research any cat association whose show circuit you plan on entering. The world of cat shows is subject to trends and politics, just like any other field of art. Hence, if blue colorpoints have been stealing the show for the last three years, it may be either a refreshing change or a risky gamble to start breeding with a focus on chocolate points.

However, if you are merely purchasing a Himalayan as a most-adored household pet, you will want to consult with the breeding world to learn which breeders produce your desired color combination. To obtain a cat with the very rarest of colorpoint shades, you may be placed on a waiting list.