Cat owners and enthusiasts have heard a number of fascinating myths about male calico cats. While they are relatively rare, with an estimated one male in 3,000 calico cat births, there is no extraordinary demand for them. They do not make good breeding studs because almost all male calicos are sterile. In fact, only about one in 10,000 male calicos is fertile.

What Is a Calico Cat?

Some people have the misconception that calico kittens and cats comprise a specific cat breed. However, calico is the description of a cat's coloration. Cats of many breeds can be a calico, or true tricolor, as a result of their genetic heritage.

Unlike cats with tortoiseshell coloring, the coats of calico cats are of three distinct colors - red, black and white, or a variation of those colors.

Why Is a Male Calico Cat Rare?

Male calicos are a genetic anomaly. Cats, like humans, have two sex chromosomes. Chromosomes carry genes and determine an animal's traits. The required red color for a calico cat is passed only on a female (X) chromosome. How then can a male cat inherit the red colored required for a calico cat? 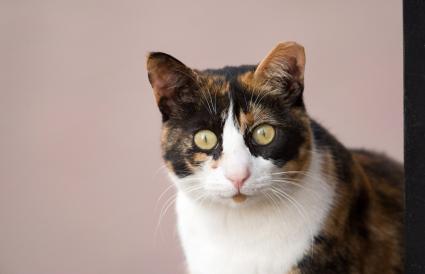 To put it simply, two chromosomes determine gender. Each parent contributes one chromosome to the offspring. The mother, who has only X chromosomes, always contributes an X chromosome. The father who has both X and Y chromosomes, can contribute either an X or a Y chromosome to his offspring. Thus, it is the father who determines the sexes of his kittens. The red color gene cannot be passed to a male offspring due to unusual characteristics of the gene in question. Under certain conditions, when the red genes are passed to a female offspring, she displays not the expected red or orange coat, but the tricolor coat of a true calico cat.

How then can a male be a true calico? Sometimes there is an incomplete division of the chromosome pair when the chromosomes are separating at the time of fertilization. When that happens, the incomplete chromosome ends up attached to another of the two required chromosomes, giving the offspring one of the following combinations:

In both cases, the result is a male cat who can inherit the trait for a true calico coat. Among humans, this genetic arrangement is called Klinefelter syndrome. A male calico usually cannot sire offspring because the genetics described above almost always guarantees that he will be sterile.

One might suppose that male calicos would bring a high price among breeders because of their rarity. You may even see some websites claiming a purebred male calico cat can fetch a price as high as $1,000 to $2,000. The truth is, while they are an interesting phenomenon, they are of little interest to breeders because they are sterile. It's possible a pet owner might want to pay that amount of money to own a cat that's a rarity, but chances are if you're looking to buy a male calico cat don't expect to pay much more than you would for any regular unpedigreed house cat.

Although most male calicos are sterile, it is a good idea to neuter them to deter spraying and other unwelcome male behaviors. Despite their limitations, they are still boys at heart! 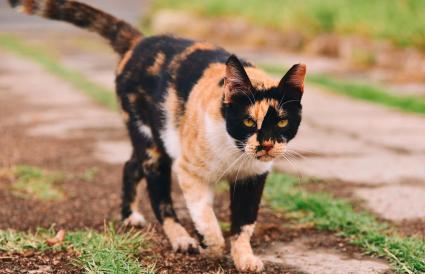 Which Breed Is a Male Calico?

Male calico cats are the offspring with a genetic anomaly of parents representing many possible cat breeds. While female calico cats are quite common, true male calicos are rare and of particular interest for the combination of their unique coloration and sex. While it's a myth that they can command a high price among cat fanciers, if you happen to own a male calico, you can treasure him for his rare condition and other wonderful feline attributes!