A relatively new cat breed, people often refer to Munchkin kittens as the Dachshund of the cat world because of their short legs. These kitties have a fascinating history and personalities as adorable as their cute little bodies.

Before 1982, the short-legged cat now known as the Munchkin was just about unknown.

Short Legged Cats Prior to the 1980s

There were several generations of this type of cat called the kangaroo cat in the United Kingdom in the 1930s and 1940s before World War II. Sadly, the short-legged cat disappeared during the war. The next known report of a short-legged cat was in Stalingrad, Russia, in 1953. After that, there is nothing documented about these short felines until 1982.

That was the year a short-legged pregnant cat was found in Rayville, Louisiana hiding under a truck. Sandra Hochenedel, who found the little cat and brought her home, named her Blackberry. When Blackberry delivered her litter of kittens, Sandra realized some kittens had short legs just like Blackberry and some had long legs. Sandra referred to the short legged kittens as babylegs and the others as longlegs. 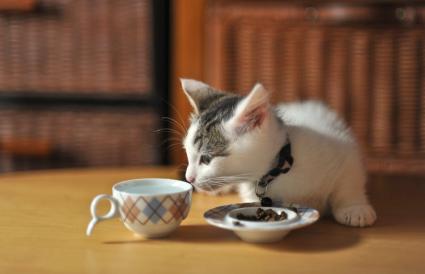 The Munchkin Name is Chosen

In 1990, word had spread of the babyleg kittens, and Sandra sent two kittens to a cat geneticist, Dr. Solveig Pflueger. Through Dr. Pfluger, the kittens found their way to the Good Morning America television show. Before the show, Sandra received a telephone call asking her to name the type of kitten. She quickly selected Munchkins after the characters in the Wizard of Oz.

Munchkin Breed in the United States

Thanks to Blackberry and careful breeding by Sandra Hochenedel of Blackberry and her kittens to the neighbor's cat, Mr. Gates, the adorable short legged cat breed has survived and thrived. One of Blackberry's kittens, a tomcat named Tolouce, helped the Munchkin breed become established in the United States by becoming the patriarch of a successful breeding program. 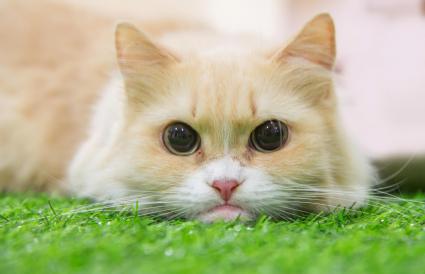 Munchkins are the result of a naturally occurring genetic mutation. Due to these genetics, a litter of kittens can be all short-legged, all normal-legged or mixed. The gene responsible for the dwarfed legs can be lethal when an embryo inherits one of these genes from each parent.

How the Munchkin Gene is Inherited 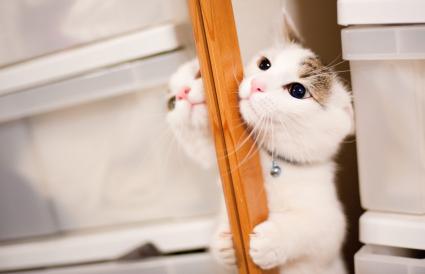 Unlike their canine counterpart the Dachshund, Munchkin cats have not exhibited health problems with their back or legs. Some of the biggest health issues of Dachshunds are spine and back problems, including degenerative or inverted disks that are directly related to their short legged traits. There is some controversy in the professional cat world over the possibility of back problems developing in Munchkins as the breed continues to grow.

One possible genetic health problem of Munchkin kittens is a condition called lordosis, also known as tight chest. Lordosis causes a shortening of the muscles that hold the spine in place, allowing it to sink down into the chest cavity. This in turn puts pressure on the trachea, lungs and heart. There are varying degrees of lordosis ranging from mild to severe, but kittens with the most severe form of the defect rarely live past twelve weeks old. Lordosis is a relatively rare medical condition, and it also occurs in other cat breeds.

Except for their short legs, Munchkins have the same appearance as other cats.

These adorable diminutive cats are the subject of some wonderful photographs. Their variety of colors and patterns and their short stature make them distinctly unique. 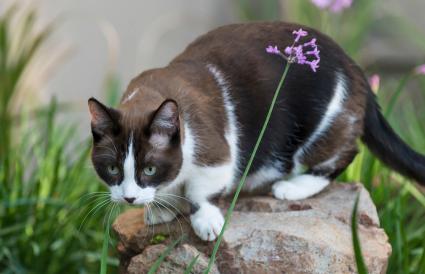 Throughout their life Munchkin cats keep their kitten-like personalities.

A lovable and sociable breed, Munchkin kittens are sure to win the heart of any cat fancier. Visit breeders to learn all you can before deciding if this kind of cat is the best choice for you.