Persian cats are feline royalty, and they make loving and loyal companions. As kittens, Persians are adorable balls of fluff, and they grow into gorgeous long-haired beauties. If you're considering one of these wonderful kitties, it's a good idea to learn a bit about the breed characteristics and how to care for them.

Persian cats definitely hold celebrity status amongst all cat breeds seen today. Their long, luxurious coats, and those amazing eyes set in unusually flat faces gives these felines an almost unreal appearance. It's easier to believe one might be a stuffed animal until you actually see it move. According to the Cat Fanciers' Association breed standards are as follows.

A Persian's head is easily its most distinctive feature. It's larger and generally rounder than that of the average cat, with large, round, wide-set eyes and a sweet expression. The ears are fairly small with rounded tips, and they should be set wide apart and tilted slightly forward. The cheeks are also quite round, and the short nose appears to be aligned with the eyes.

Some Persian cats have the traditional "doll face" whereas others have a flatter face that is sometimes called "Peke face" because it's like a Pekingese dog. The flat face Persians tend to be more popular at cat shows but also tend to have more health problems than doll face Persians. 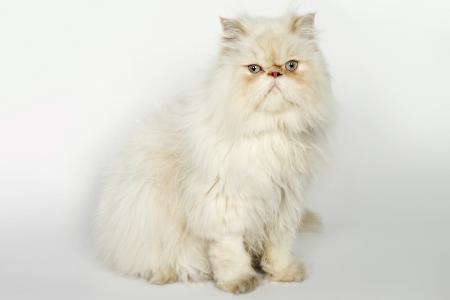 Underneath all that glamorous beauty, you'll find one very stocky cat. Persians are round, in every essence of the word, with short, stocky legs to support their extra girth. Their surplus of long fur does an admirable job of hiding any angles they might have left, adding to this breed's cuddly appearance. Their tails are short but in proportion with the size of their bodies.

While there is no particular weight range the Persian should fall in, these cats should be full bodied and balanced. The Cat Fanciers' Association (CFA) breed standard does state individuals should be medium to large sized and have good muscle tone without being obese.

Persians are very sweet in nature, and tend to prefer quiet, peaceful households. These are quiet cats with soft voices, and they seem to enjoy displaying themselves like the fine pieces of living artwork that they are. They have been nicknamed "furniture with fur" for their placid nature and enjoyment of a good, long nap.

Despite their reputation for being quiet cats, they are also a very playful breed. They're a good choice for interactive play with toys and are more likely to enjoy this type of fun compared to athletic jumping and climbing around the house. If you want to try your hand at clicker training, you can even train a Persian to play fetch with you.

If you have a household of noisy, active younger children, Persians are probably not the best choice. On the other hand they can be constant, close and loving companions to quieter children who allow the cat to have its own space and don't manhandle it.

As you can imagine, Persians do require some additional care to keep them looking their best. 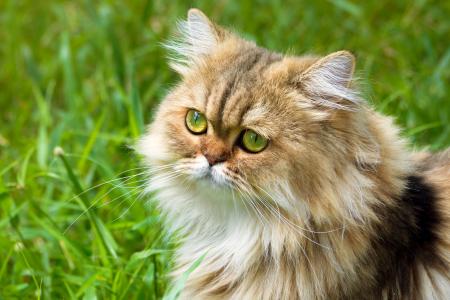 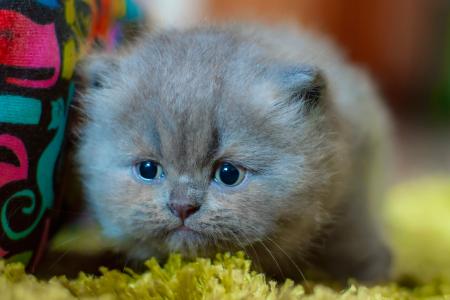 Luckily, this breed is a hardy one, and individuals frequently live well into their teens. Persians really are "indoor" cats, and should be kept inside to lessen their chances of picking up parasites that would be hard to remove from such abundant coats. Prospective owners should be aware that there are a few health issues related to this breed.

The ideal Persian coat has a fine texture and is long, thick and glossy. Variety is truly the spice of life when it comes to coat colors. This breed is divided into no less than seven separate coat color groups, with plenty of choices in each. Here's a sample of what you'll find.

You can find Persian cats in just about every solid color including black, blue, chocolate, red, lilac, cream and white. Most solid colors are accompanied by copper eyes, except for white Persians that either have copper, blue, or odd-eyes (i.e. one blue and one copper eye) 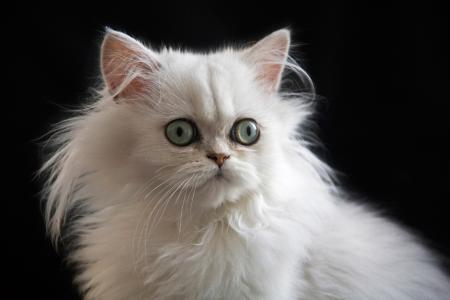 Another popular color for Persians that make them look particularly elegant are the silvers and golds. This includes silver and gold in both shaded and chinchilla patterns. A chinchilla pattern has silver or gold fur that is tipped with black whereas shaded patterns are silver or gold all over with black shading on the back, sides, face and legs to give a shimmery effect. 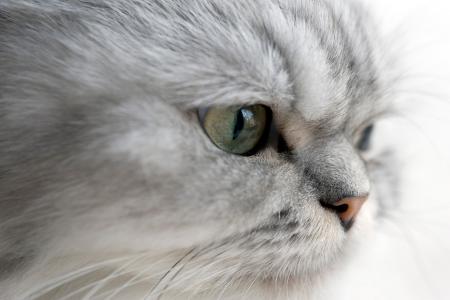 Tabby refers to a pattern overlay on a particular color, and Persians come in the classic, mackerel and patched tabby patterns in most common tabby colors. Tabby Persians have a reputation for being more "fun" than other colors of Persians. 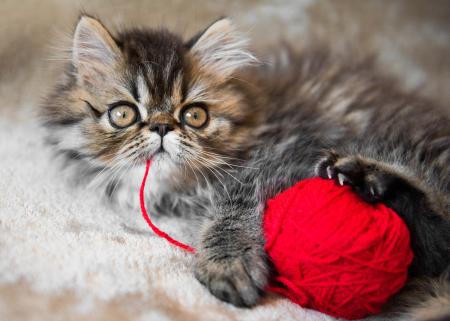 Shaded and smoke Persians are some of the most beautiful Persian cats. 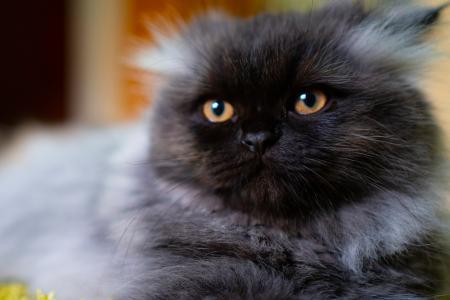 This color variety is often mistaken for a breed of its own, but Himalayans are actually just another color variation of Persians. Himmies always have a cream or light beige base coat, but carry darker shading, known as points, on the face, legs and tail. There are several colors that the points can be as well as patterns like tortie. 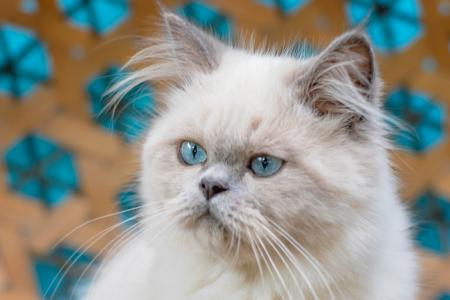 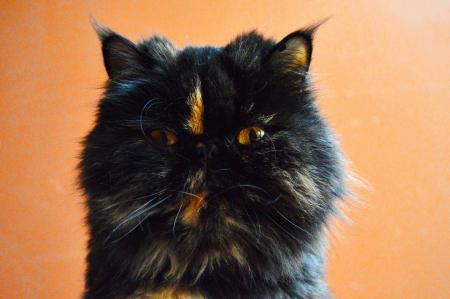 Calicos and bi-colors are Persians of many colors and patterns all on one cat. 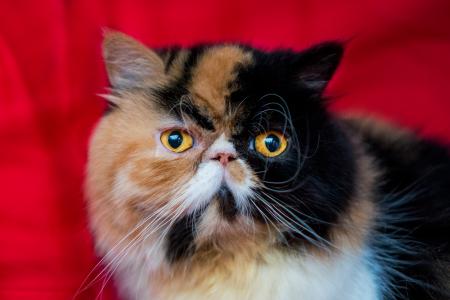 According to the breed's history at the CFA website, Persian cats may have been traced back as far as 1684 B.C. These long-haired cats have even been spotted in hieroglyphics. Many believe they moved from their country of origin, Persia, through caravans that traveled to other parts of the world.

Persian World states that although the history of where this cat originated may be sketchy, breeding programs for Persians began in Italy and France as far back as the 16th Century. The breeding program advanced further and the development of the Persian as known today began in Great Britain. Persians were entered in the first cat shows in Great Britain in the 1800s, and they were a popular pet at the time. By the early 1900s, Americans began to import Persians into the United States.

How Much Is a Persian Cat?

Persian cats can be on the expensive side, especially if you're looking for a rare color pattern. Expect to pay around $1,000 to $1,500 for a Persian kitten, although you can pay substantially more for a show quality cat.

Is a Persian Cat Right for You?

Persian cats are easy to live with personality-wise, but they are definitely not a breed to buy without careful consideration. Unless you are prepared to become a part-time pet groomer or keep the coat clipped short, you may want to choose a less demanding breed such as a Burmese or Exotic Shorthair.