Male cats are often thought of as being friendlier and more affectionate than female cats, although individual cat personalities will vary of course. Male cat owners are definitely used to some behaviors that female cat owners don't have to deal with, especially when it comes to sexual behavior and aggression to other cats.

If you're going to own a male cat, especially an unneutered one, you should be aware of the types of behaviors you may encounter. Some can be annoying and my convince you to have your cat sterilized depending on the severity of the behavior.

What Is a Male Cat's Sexual Behavior?

Male cats can display some interesting sexual behaviors. For example, you may see him make some strange body movements such as arching the back and jerking their tail. This might also accompany biting of your hands, an arm or a leg if your cat is snuggling on your lap. Male cats may also mount other cats or items in the home or even you. Although this primarily happens to unneutered males who are reacting to the presence of a female in heat in the vicinity, a sterilized male can show these behaviors as well if he was neutered later in life. In these cases the cat is not trying to be aggressive or sexual towards you but is simply overstimulated and aroused and expressing that in a way that's natural to him, albeit painful or embarrassing to you. 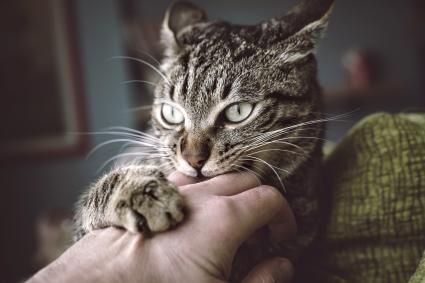 What Is Spraying Behavior?

Another behavior that male cats, particularly unsterilized ones, will engage in that is sexual in nature is spraying. A male cat can spray when he senses a female in heat nearby and this is definitely a nuisance behavior for your house. Some male cats will also spray if they sense other male cats nearby and are doing it to mark territory. Neutering your cat can reduce or eliminate the behavior although it's not a 100% given and behavioral modification may also be necessary. Some cat owners also have success with the Feliway pheromone plugins and collars though it doesn't work for every cat.

Another common sexual behavior is a male cat's yowling. He does this in response to the presence of a female cat in heat and this yowling or caterwauling can become quite loud and persistent. It will also accompany pacing and restless behavior and he may appear to try to get out of the house. Keep in mind a male cat can smell the presence of a female cat in heat from quiet a distance, so if you live in an area with a lot of cats, neutering your male is the best way to get end this behavior and your male cat will be much calmer for it. 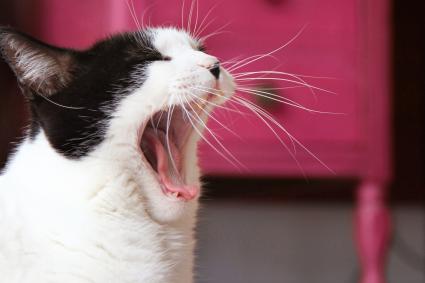 Do Male Cats Fight With Other Cats?

Another behavior that definitely happens often with male cats is fighting. It's true that you can see cat fighting with females as well but males are more territorial and are more likely to fight with other cats, particularly cats outside the home. If there are strays that enter your yard or cats owned by your neighbors, you may see more fights occurring if you have a male cat. Neutering can help with this behavior but it may only reduce the intensity and not stop it altogether. Keeping your male inside is the best option. If you have fighting within your household, neutering can be an important part of a behavioral modification plan that will also involve separating and re-introducing the cats. 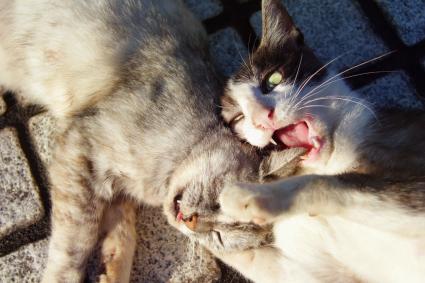 How Do I Prevent Roaming Males?

Another behavior common to male cats is their tendency to roam outside of their home areas. A male cat is more likely to explore his neighborhood outside of his home yard, and this is particularly true with unneutered males. Fixing him can reduce this desire to roam, as well as keeping him indoors and providing him with lots of physical and mental enrichment to keep him occupied. 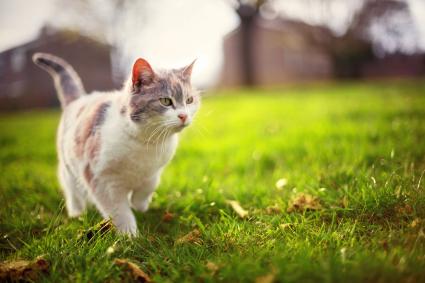 How Do Male Cats and Kittens Interact?

When a newborn litter is in the home, you may find some toms that are great around the kittens while others may become predatory and attempt to hunt them. To be safe, you should keep adult male cats away from the kittens for at least the first four weeks. After that, you can try to introduce everyone under supervision and make sure the kittens are safe from the tom. It may be necessary to keep them completely separate if the kittens cannot be safe around the adult male, however.

Male cats can come with their pros and cons and most often the downsides to male cat ownership can be alleviated with neutering. Keeping him inside as well will reduce the male cat desire to roam and prevent any fighting with outside cats. If you're concerned about your male cat's behavior, speak to your veterinarian to make sure that your cat is just expressing a normal behavior and is not showing signs of an underlying illness or stress.