Cats are beautiful animals that can come in a wide array of colors and patterns. The most common primary colors found in cats are red and black as well as white. Cat lovers are all familiar with typical patterns like calicos, tortoiseshell, and tabbies, but there are some colors that are rare and less well-known.

Is It a Rare Cat Color?

Some colors may be thought of as rare, such as the dilute calico. Although we've all seen Calico cats, the color pattern is difficult to breed for because the pattern depends on a series of X chromosomes shutting off at varying intervals during an embryo's development. The gene for the dilute coloring is just one more variable thrown into the mix. 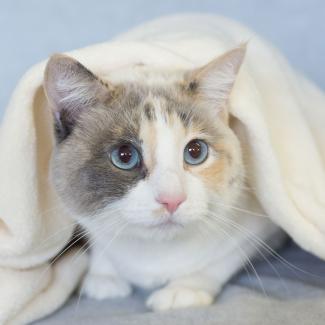 Many cat lovers believe there's no such thing as a calico male cat and that it is genetically impossible. Calico is not actually a breed but just a description of the color more than anything. Calico cats are tricolored in white, black and red (usually looks orange), although they sometimes come in dilute. In a calico, the colors never blend together but are in separate patches. It is a common misconception that only female cats can have calico coloring because it is quite rare for a male cat to have this coloring due to genetics:

However, if you believe you have a male calico unless your kitty has orange coloring on him, he is likely a Tortoiseshell, which is healthier for him. 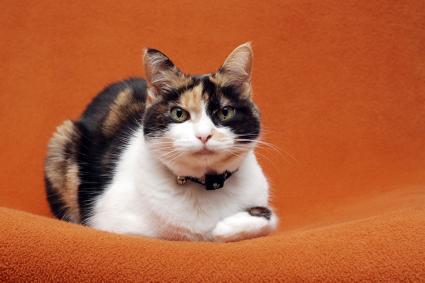 Chocolate can appear in other breeds but usually as part of several colors, such as tabbies, tortoiseshell or point cats. Chocolate is derived from a genetic mutation of the gene for a black coat which in dilute form becomes chocolate. While chocolate can appear as points in several breeds like the Balinese and Siamese, two breeds are known for being solid chocolate.

Havana Brown cats are known as "chocolate delights" for their personality and lovely brown color. This shade of brown is only found in this breed, accompanied by striking green eyes. They get the name "Havana" from the shade of brown of their fur which looks somewhat like the color of a cigar. Another interesting fact about this breed is that they are the only cat whose breed standard stipulates their whiskers must be brown. Havana Brown cats are very rare. 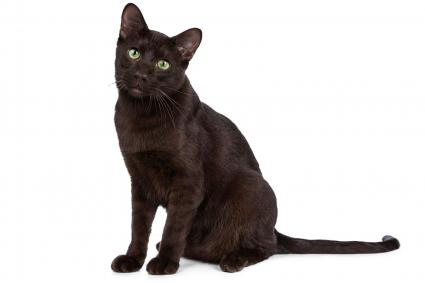 York Chocolate also comes in a solid chocolate color although they also can be found in lavender or lavender/brown together. Unlike the Havana Brown, the York Chocolate has medium-length hair and green, golden or hazel eyes. In England, they are known as farm cats although breeders are attempting to gain the breed official recognition.

Cinnamon cats are like chocolate cats in that their color is a dilute version of the gene for black coats. Cinnamon can best be described as a sort of reddish-brown or chestnut color. Cat breeds that come in solid cinnamon are the: 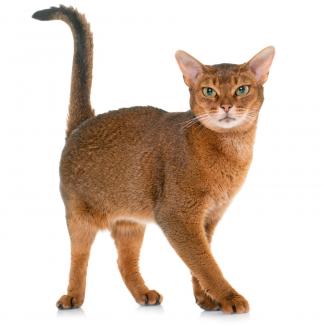 Fawn is a dilute of cinnamon and a mutation of the gene for dense coloration. The color can range from a caramel tone to an almost dark antique white shade. Fawn is rare and is generally only seen in purebred cats that have been bred specifically to produce the color. Solid or primarily fawn is a rare color that can be found in these breeds: 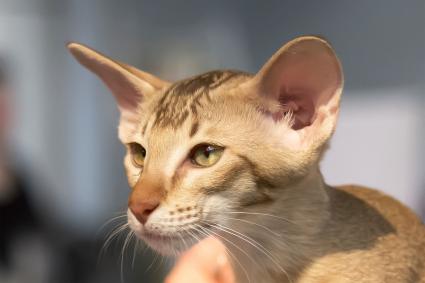 A roan cat is a mix of white hair and another color that is mixed together throughout the body. The color began in Thailand in Salem-Saert cats and a few other breeds. There are several roan patterns: 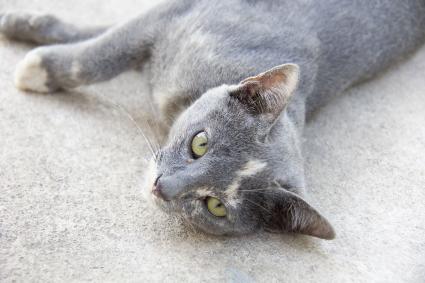 Lilac is sometimes called lavender or frost. It's a pale grey color that has a violet or pale lavender tone to it. Lilac is another dilute form of chocolate and the gene for dense. It's also a very rare color that is usually only present in purebred cats bred specifically to produce it. It is most often found in Persian and Siamese cats and is a point color found in Balinese, Siamese and Colorpoint Shorthairs. 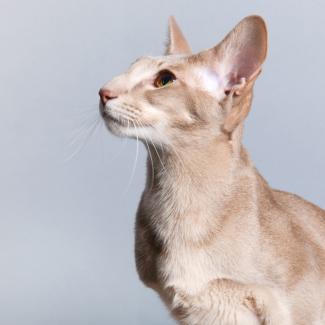 Cream is also a dilute color and comes from the primary coat color red (which is incorrectly called orange). Cream is another rare color that generally is only found in cats bred to achieve it. It can be found both as a solid color and in patterns such as tabby and point. Cream can also be found in "fever coat" which is a condition caused when a pregnant cat has a fever or is very stressed. The newborn kittens appear a silver or cream color that gradually changes to match their "true" color. Cream also is found as one of the patterns in calico cats and is a point color in cats such as the Colorpoint Shorthair. 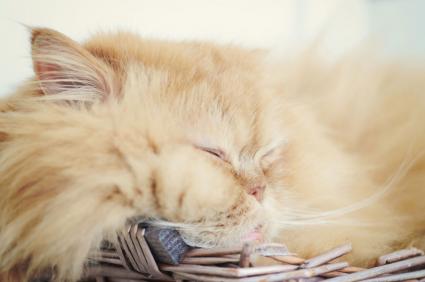 Cats that have rosettes look like little wild leopards and are most often found with hybrid breeds like the Bengal, Savannah, Egyptian Mau, and Ocicat. Scientists believe this coloration is caused by the agouti gene related to tabby and ticked coat patterns. Rosettes have different patterns such as the arrowhead rosette, clouded leopard, paw print, and donut. 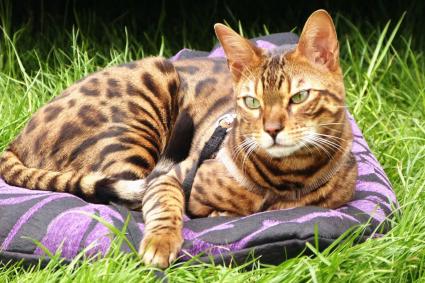 These two colors are similar coloring but in the different colors at the root. They're also known as shading. Shading is also related to the agouti and inhibited pigment genes. Both colors can be found in Persians.

The hair of a chinchilla is white at the root and middle but the tips are a dark color. Depending on the color of the tip the cat can look silver or golden. Chinchillas come in several patterns include blue chinchilla silver, golden, chinchilla shaded tortoiseshell, and red. Some cat fanciers even consider the chinchilla to be a separate breed from Persians. 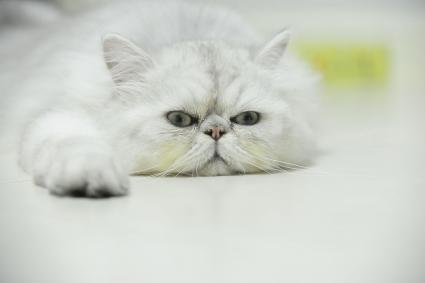 Unlike a chinchilla, the smoked cat has a silvery light color at the hair root and middle, and a darker color on the tips. Smoke comes in several varieties like the chinchilla, such as smoke points, tortoiseshell smoke, silver smoke, and chocolate smoke. The smoke color can also be found in the coat patterns of the Egyptian Mau. 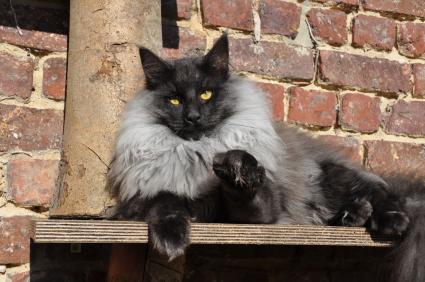 Cat coloration and how the genes involved create them is a fascinating topic. Whether your cat is a common color like black or tabby or a rare cat, they're still enjoyable felines!