Siberian cats are a popular, long-haired breed with an affectionate temperament. They are similar in size to a Maine Coon Cat and are one of the two largest cat breeds available.

History of the Siberian Cat Breed

The Siberian cat is from Russia. Although there are mentions of the breed as early as 1,000 AD, its exact beginnings are not known. The first cat show that the Siberian appeared in was in the 1870s in England and was later shown in the United States in 1889. Other than brief mentions of the breed, there is little known about it from that period and even less documentation. There is some speculation that the breed is related to a Forest cat.

This house cat was imported to large cities in the Soviet Union in the 1940s to keep the rodent populations down. In 1987, the Kotofei Cat Club in St. Petersburg started to register Siberian cats as a breed. The cats were exported and became increasingly popular because of their affectionate temperament and sweet nature.

Siberians have a number of almost dog-like characteristics. They are very intelligent and have excellent problem solving skills. These agile animals are able to leap quite high and yet are graceful enough to walk around obstacles without hitting or breaking them.

The Siberian is a very playful cat that may even play fetch with its owner. It is more social than many other felines and will greet its beloved owner at the door with a chirping sound. This breed will play with a dog or spend hours dropping toys in the water dish and then fishing them out. This is an animal that will amuse itself and anyone else that is watching. 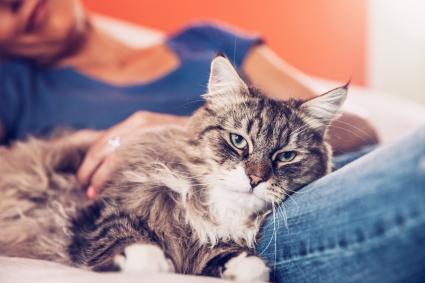 Siberian cats have a variety of physical characteristics.

The Siberian is considered a hypoallergenic breed. It is thought to produce less Fel d 1, the substance on a cat that causes most allergies. It should be noted that it is doubtful there is enough scientific evidence to substantiate this claim. If you do have an allergy to cats, it is always good to spend time around the hypoallergenic breed, and especially the cat you plan on buying or adopting. This way you can gauge your reaction.

These layers of fur initially protected the Siberian from the harsh Russian winters. The fur is glossy and textured so it does not mat even though it is long. Brushing your cat once or twice a week is usually enough to keep her fur in good shape.

Siberians molt once or twice a year, usually always at the end of the winter season and then again at the end of summer. This is brought about by a change in the length of the daylight hours rather than the change in temperatures.

Siberian cats come in a variety of colors. These colors include:

Some breeders and registries do not recognize the color point as being a natural pattern for Siberian cats. Other breeders specialize in this unique pattern. Color points are also known as Neva-Masquerade. There are several types of color point descriptions including: 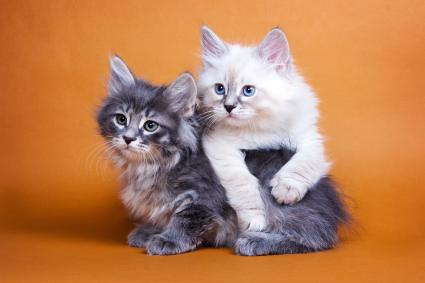 Siberians Are a Friendly Breed

Siberian cats may be the breed for you if you want a friendly cat that gets along well with other pets as well as children. These cats are quite rare in the United States so expect to spend some time on a waiting list before getting your cat. You can also plan on paying $1,200.00 or more for purebred Siberian cats. Some catteries sell cats that they have removed, so consider every possibility.