For stray cats, diseases can be a fact of life, and some of these illnesses can be transmitted to humans or other pets. Get expert advice on how to handle a stray cat to prevent the spread of diseases like toxoplasmosis and bartonellosis.

There are many health risks stray cats face while living life on the streets. Unfortunately, there are risks that good Samaritans face when they try to care for these needy cats.

"Stray cats are typically more prone to disease than the average house cat," reports Dr. Ann Hohenhaus, Chairman of the Department of Medicine at The Animal Medical Center of New York. She notes that several factors are involved:

Unlike a cat in a home, stray cats daily are faced with exposure to: 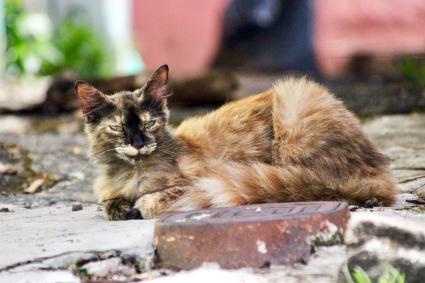 Respiratory viruses calicivirus and rhinotracheitis, which can make cats ill but are not fatal unless there are concurrent medical issues or the affected cat is a kitten or senior.There are several common diseases that afflict stray cats. Many of these are ones that cats in the home receive vaccinations for prevention. These include:

The major risk to good Samaritans in adopting a feral cat is being bitten, so it's very important to take great care when handling a semi-wild feline. The United States Public Health Service has identified several diseases in cats which are zoonotic, which means they can be transmitted from cats to humans. These are of special concern for people with compromised immune systems. The list includes:

These cat diseases are spread in feces so common-sense hygiene practices such as hand washing and wearing gloves should be followed when managing the litter box of a newly acquired stray cat. Alley Cat Allies, a national non-profit dedicated to the welfare of stray cats, notes that the majority of caregivers for feral cat colonies across the U.S. have not become seriously ill from their work with these cats which indicates the health risk is minimal. Any cat enthusiast with a compromised immune system should discuss pet ownership with both their physician and veterinarian before deciding whether to adopt a cat that is ill.

Rabies is transmitted from the bite of a rabid animal. The most prevalent source of rabies in the United States is wild animals such as raccoons, skunks, foxes and bats. However, 276 cases of feline rabies were reported in the USA in 2017, the most currently tabulated data. So, it is possible for stray cats to transmit rabies to humans.

TTVAR programs focus on catching feral cats, vaccinating and sterilizing them and returning them to the streets. These programs have been shown to decrease the feral cat population, but not completely eliminate it. According to Dr. Hohenhaus, "Happily, there do not seem to be any major adverse effects for cats in TTVAR programs. Current studies report low risk of anesthetic complications and no major adverse reactions from vaccination." 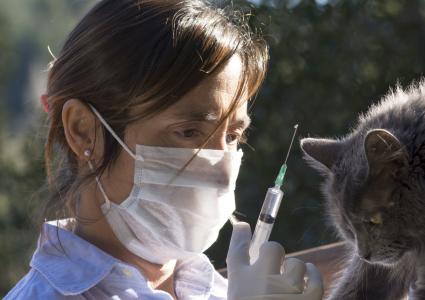 Stray cats will continue to be an issue in the foreseeable future, although TTVAR programs have made strides in reducing the population and increasing the number of vaccinated feral cats. If you're interested in helping and learning more about TTVAR programs, contact your veterinarian, local animal shelter or visit the Alley Cat Allies' website for resources.