Becoming familiar with the signs your cat is dying can help you make an ill or older pet more comfortable at the end of her life. When a cat is too sick to survive and recover, the signs she is actively dying can sometimes be very subtle. Recognizing them is an essential part of caring for your pet.

Signs a Cat Is Dying

According to the page FelineCRF.org, many medical signs indicate a cat is near death. The exact symptoms a cat display depends on which illness he has. However, there are some basic symptoms all cats experience as their bodies begin to shut down.

Depending on its age and what it's doing, the average cat's heart beats 140 to 220 beats per minute. As the cat's heart weakens, and the animal is closer to dying, the heart rate drops dramatically to just a fraction of its normal rate. Near the end, there are longer, and longer pauses between each beat and the pattern becomes very irregular until the heart stops. 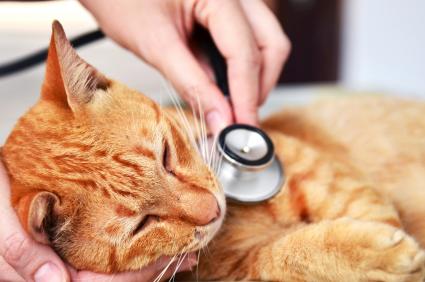 A healthy cat takes an average of 20 to 30 breaths per minute. As the heart weakens, it's no longer able to pump the lungs efficiently. This means less oxygen is available in the bloodstream. Initially, your cat will experience rapid, labored breathing, but as further organ failure occurs, respiration weakens and slows. Near the end, breaths are fewer and farther between until the animal is finally too weak to go on and stops breathing altogether. According to Home Pet Euthanasia of Southern California, you might also see agonal breathing. These breaths look like sudden spasms as your cat passes away. By the time agonal breathing occurs, the heart has often stopped, and your pet will no longer be conscious.

It's not unusual for cats to go through periods where they won't eat when there's a prolonged illness involved. Dietary allergies can also play a role in poor appetite. Disinterest in food is a sign your cat needs help, not necessarily a sign your cat is dying; rule out underlying and treatable health disorders and dietary allergies. Our LoveToKnow eBook, "Happy Tummy Cat", is written by a veterinarian and can help you do just that -- highly recommended.

However, nearly all cats will stop eating and drinking when death is imminent. The cat will begin to look wasted due to lack of nutrition. Lack of fluids leads to dehydration. According to Henry Schein Animal Health, you'll notice this by the lack of elasticity in the skin, a sunken look to the eyes, and the darker color and lower output of urine. 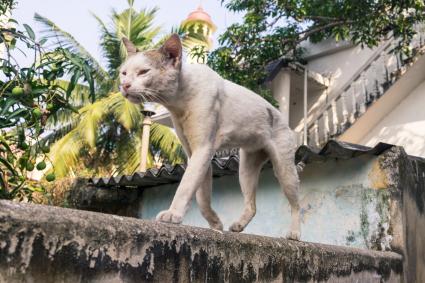 For several types of feline medical conditions, toxins begin building up in the bloodstream. Home to Heaven Hospice and Euthanasia Service reports the cat's breath and body begin to smell bad as a result. The longer the condition progresses, the worse the odor becomes.

As the body prepares to shut down, the muscles begin to relax to the point where the cat no longer has any control over its eliminations. The muscles that control the bladder and sphincter relax, and the cat has involuntary movements. This is likely to happen soon after the cat passes away.

Choosing Euthanasia for a Dying Cat

If your cat is exhibiting signs of being near death, you may want to consider talking to your vet about euthanasia. This can be the more humane choice in cases where there is significant pain and suffering involved.

If you choose to put your pet to sleep, your vet will give him an injection that will slow his heart to a stop. This takes only seconds and is not a painful procedure. You will usually be given the opportunity to stay with your cat throughout the process if you wish. Euthanasia can put an end to a pet's suffering as well as shorten the emotional distress you feel. Some areas may even offer a house-call euthanasia service. 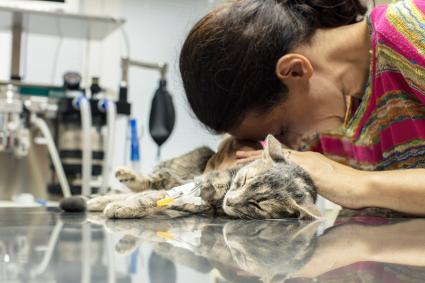 Watching your cat die can be upsetting and disheartening. By understanding and coming to terms with the dying process, you can make decisions based on what is best for your pet rather than your emotions. It's natural to feel a profound sense of loss after your cat's death, so be sure to give yourself plenty of time to grieve. Someday the grief will ease, and you may decide it's time to bring a new cat into your life.