Tabby cats may be extremely common, but that doesn't make them any less popular than other color patterns. Learn just what makes a tabby a tabby and why this is one of the most beloved cat types out there.

Strictly speaking, tabby cats aren't actually a specific breed of cat. Tabby is actually a coat pattern, and it's thought that if cats were allowed to breed indiscriminately, more than half of the cat population would be tabby. 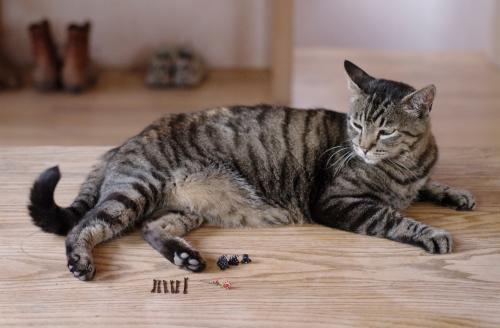 The most common pattern for a tabby cat looks like the stripes on a tiger. The correct term is a "mackerel tabby", although this pattern is also called tiger tabby or striped tabby. This correct terminology isn't obvious until you consider that the stripes resemble the bones of a fish. Tabbies are often "dressed up" with white paws and perhaps a white bib. 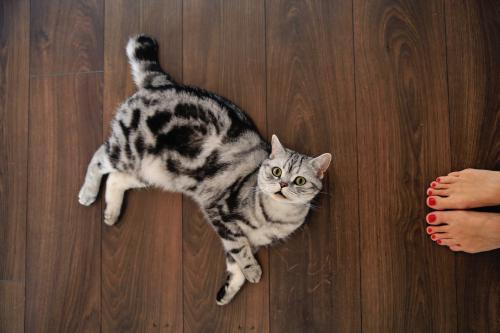 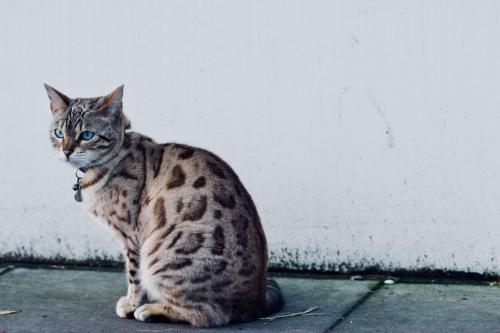 A spotted tabby has spots instead of stripes. Sometimes the spots look like a series of small circular dots. Other spotted tabbies will have rosettes. This pattern is most common in the Bengal, Egyptian Mau, and Maine Coon breeds. 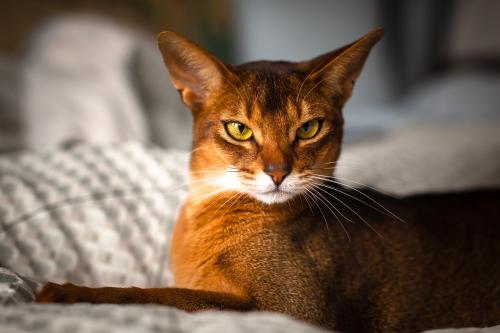 A less obvious tabby is the stripeless pattern found on cats like the Abyssinian and Somali. Their fur ticked like a squirrel's and while this is considered a tabby pattern, many consider it a bit of a stretch to include as a tabby type. Ticked fur is also known as an agouti tabby, which refers to the agouti gene that produces hair that has more than one color on each strand. These cats may also have striping on their legs and/or tail and often a dark stripe running along their back above their spine. 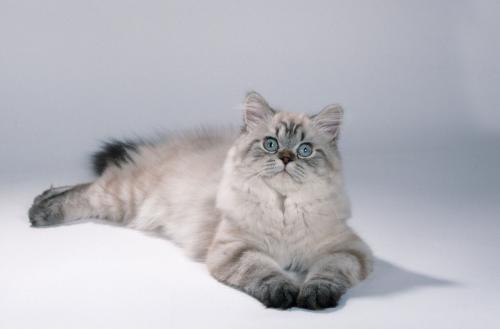 One of the most interesting variations is a cat with Siamese coloring and tabby points; that is, the fawn-colored body and face, with legs and tail showing faint or distinct tabby markings in the point coloration. This is known as a lynx point pattern as these cats look like wild cats. This pattern is found in Siamese, Balinese, Colorpoint Shorthair, Birman, Himalayan, and Ragdoll cats. 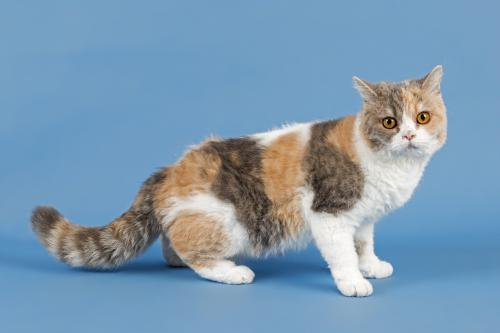 Sometimes you'll see cats that have more than one pattern on their bodies, such as a mix of splashes and patches of tortoiseshell and calico coloring next to areas of tabby colors and patterns. These cats are affectionately known as "torbies" if they have tabby and tortoiseshell colors and "tabicos" or "calibies" for a mix of tabby and calico patterns. Some other patched tabbies are blue, brown, or silver tabbies with patches of red or cream on their fur. These cats are often female because the gene for orange shading is sex-linked.

Tabbies can come in several colors including a varicolored pattern. 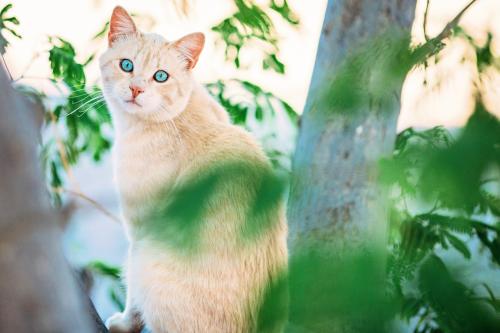 Red tabbies can come in many shades that can range from a pale yellowish shade to a vibrant orange to a deep rust color. These cats are also called ginger or orange tabbies. 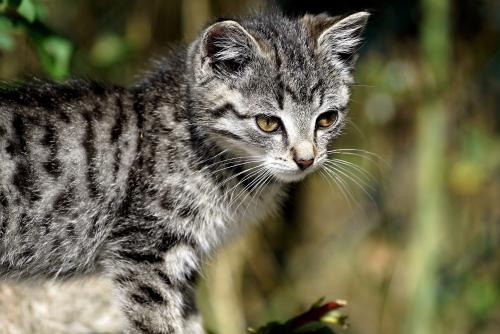 Grey tabbies have light to medium grey fur with stripes that can be a dark grey to black color. 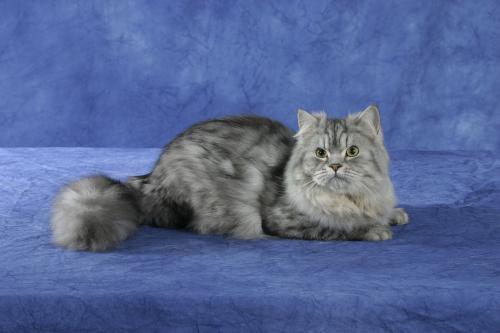 Silver tabbies are similar to grey tabbies, but their fur has a shimmery silver sheen to it. The hair is is grey with white roots. These cats are also known as silver agouti cats. Their stripes are dark grey to black. 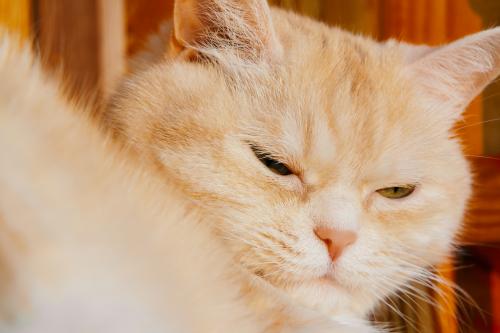 Cream tabbies have fur that looks like a soft beige or tan color with stripes that are a darker shade of the same color that can appear like sand or peach. These tabbies may be harder to discern as tabbies until you're up close as their stripes and background color are both lighter colors. 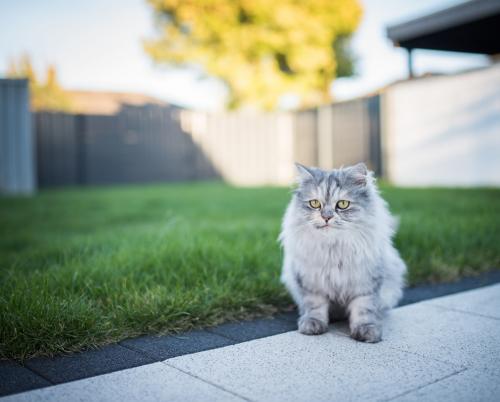 Blue tabbies have cream or buff-colored or light grey/bluish fur with stripes that are either dark grey or a blue-grey color.. 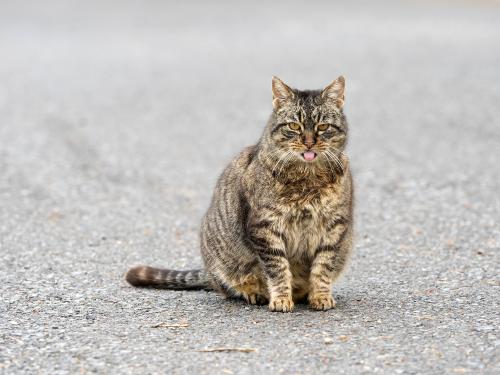 Brown tabbies tend to have lighter colored fur that is shaded medium brown or bronze with stripes and/or spots that are a dark brown to black color. 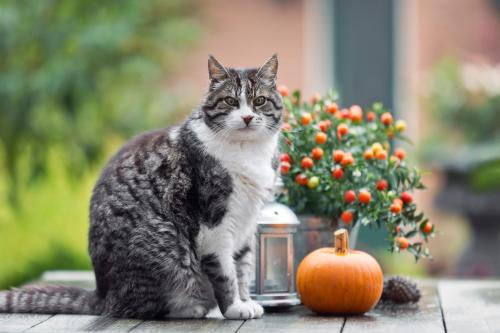 Tabby cats have unusual and attractive facial markings, similar to a tiger's. Most tabbies have some features in common on their faces. 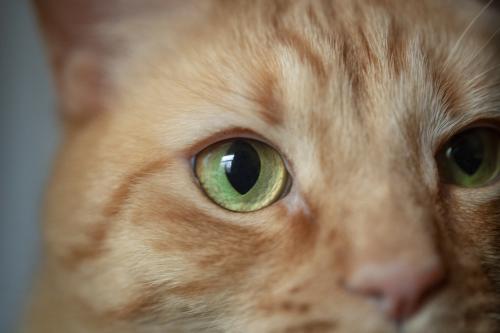 Most tabbies have what can be seen to be a letter "M" on their foreheads between their ears, and a number of legends have arisen to account for this. The "M" has variously been supposed to have been bestowed on a favored or brave cat by either the Virgin Mary or the prophet Mohammed. Never mind that neither of these figures would have been familiar with the English alphabet. 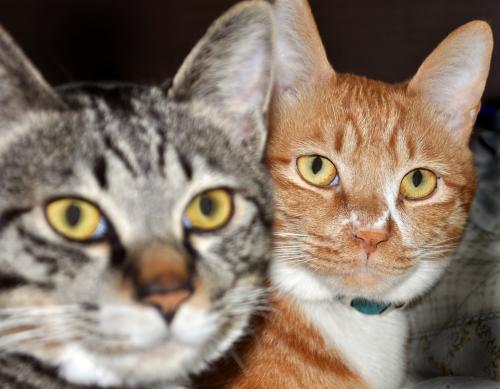 Tabby eyes have the long stripe of "eyeliner" on the cheek, similar to the Egyptian symbol, the 'Eye of Horus' (also known as the Eye of Ra). It is possible that the sign was adopted from the cat which was revered in ancient Egypt and often mummified and buried with its owner. Many tabby cats also have pale areas of fur right around the "eyeliner" which makes it stand out more.

In addition to their forehead and eyes, tabbies have some other patterns in common:

Tabby Cats Are Here to Stay

Whatever their origin, tabby cats are exceedingly popular, and it's doubtful the world will ever see their decline. This is especially true since all cats have the gene for the tabby pattern in their genetic makeup.