If you have just adopted your kitty from a shelter or another source, you may not know what kind of cat you have. It's not as easy to tell the breed of a cat the way it is with a dog but you still can narrow it down with some cat information.

It's often very difficult to figure out what breed a cat is if you don't have access to their breeder or pedigree papers. Sometimes a shelter is aware of the cat's breed if they've taken it in from an owner who gave them this information but often times the shelter staff know very little. For some cat breeds with very distinctive looks, such as a Sphynx, Persian or Scottish Fold, it's obvious what breed they are but for most cats, you'll have to narrow down their breed to a few possible choices by looking at their physical features.

There are many cat breeds that can be almost any type of solid, bi- or part-color or pattern and color may not help you in that case. However, some colors and patterns are only found among certain breeds and the cat's color can help you narrow down their breed.

According to the Cat Fancier's Association, there are 22 cat breeds that can be solid black, and one breed, the Bombay, only comes in black. These breeds are the American Bobtail, American Curl, American Shorthair, American Wirehair, British Shorthair, Cornish Rex, Devon Rex, Exotic Shorthair, Japanese Bobtail, LaPerm, Maine Coon, Manx, Norwegian Forest Cat, Oriental, Persian, Ragamuffin, Scottish Fold, Selkirk Rex, Siberian, Sphynx, and the Turkish Angora. Another rare breed, the Ojos Azules, is the only cat that can be solid black with blue eyes. 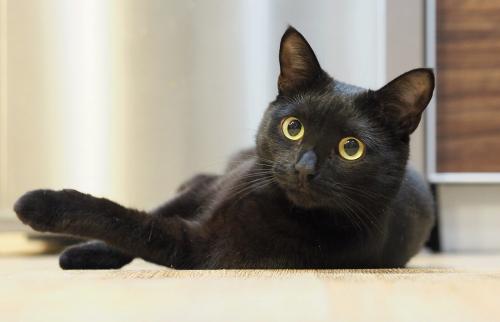 Many breeds can come in white but a solid white coat tends to be found in a smaller number of breeds. These include the Balinese, Cornish Rex, Oriental, Persian, Ragdoll, and Siamese. 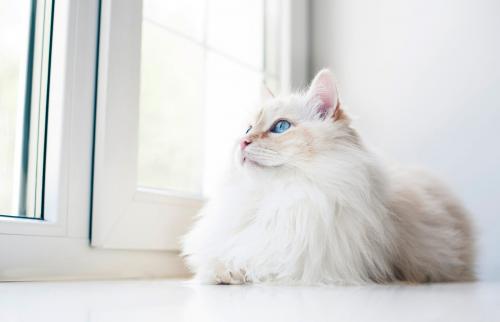 Solid brown, or "chocolate" cats are rare and only two breeds are known for this color. The Havana Brown not only has a short brown coat but brown whiskers and beautiful green eyes. The other solid chocolate cat is the York Chocolate which has medium-length hair. Solid cinnamon coats can only be found with the Abyssinian, British Shorthair, Burmese, Mandalay and Oriental Shorthair. The only breeds with a solid fawn coat can be found with the Abyssinian and Oriental Shorthair. 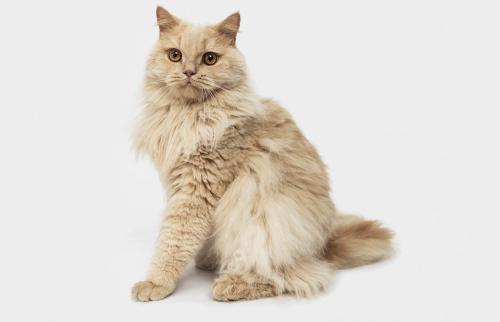 Lilac is a very rare color and generally can only be found in purebred cats that were bred specifically to get that coat color. You will find lilac coats with Persians and Siamese cats. Solid blue is a striking color that is mostly only found in the Persian, Burmese, Russian Blue, the Korat, the British Longhair, the British Shorthair, Nebelung and the Chartreux. 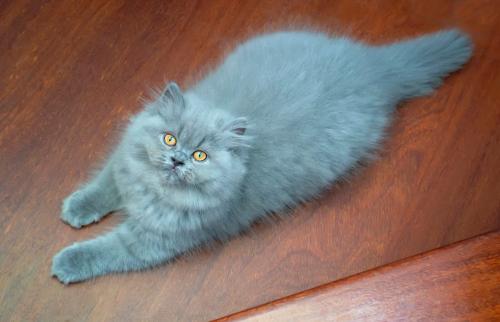 Like coat colors, some patterns can only be found among certain breeds whereas others, like the tabby pattern, are widespread.

These swirly patterns can be found primarily in hybrid cat breeds which look like small wild jungle cats. If your cat has rosettes, it's likely he's either a purebred or mix of Bengal, Egyptian Mau, Ocicat or Savannah. 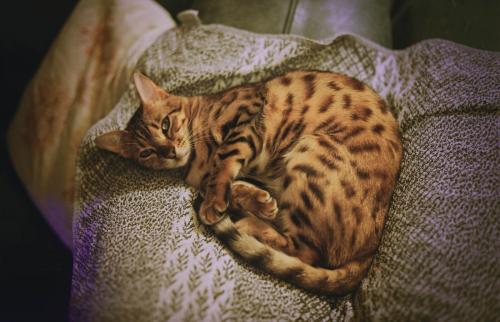 Anyone who loves the Siamese and Himalayan breeds is familiar with the point color pattern. These cats have a body that is white to cream and then a different color on the "points:" the paws, tail, and face. Points can come in many colors include seal, chocolate, lilac, blue, red, tortie and more. Cat breeds that have the point color pattern are the Balinese, Birman, British Shorthair, Colorpoint Shorthair, Himalayan, Javanese, Napoleon, Persian, Ragdoll, Thai, Tonkinese, Siamese and the Snowshoe. 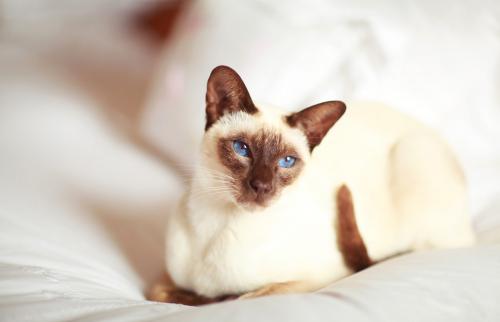 While the tabby pattern is very common, certain subsets of the pattern can be found in fewer breeds. 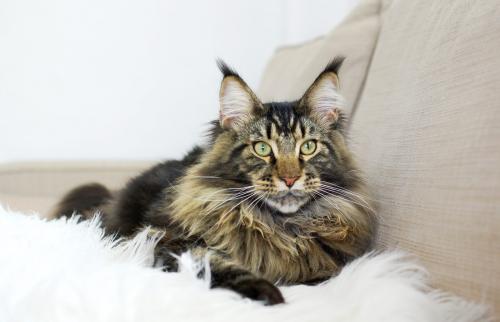 Some patterns involve shading of the tips of the cat's hair, so that the hair is more than one color. Commonly seen shading patterns are chinchilla, shaded and smoke. These patterns are most often found with Persians though it can be found in others like the Maine Coon and American Shorthair. 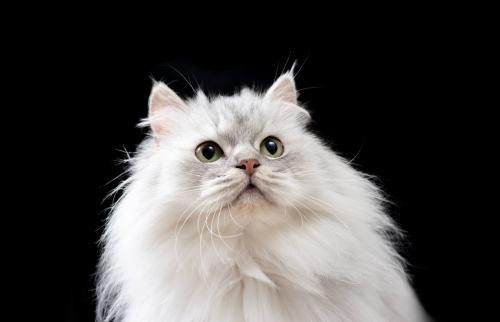 Another way to determine cat breed is by the length of their fur. There are many breeds that come in short, medium and longhair varieties so you may find fur length is a better determinant combined with other factors like color and body size. However some breeds have quite distinctive fur: 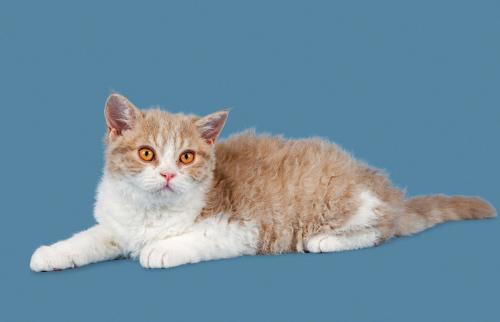 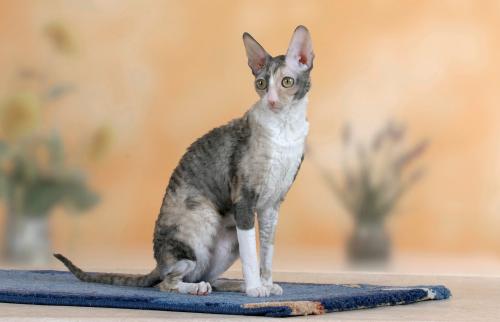 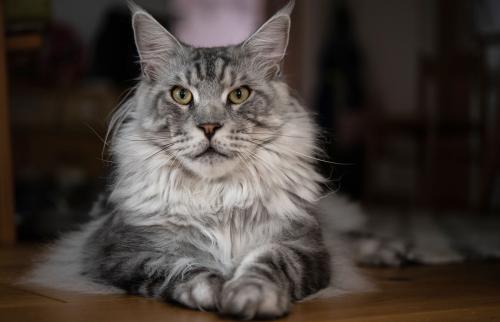 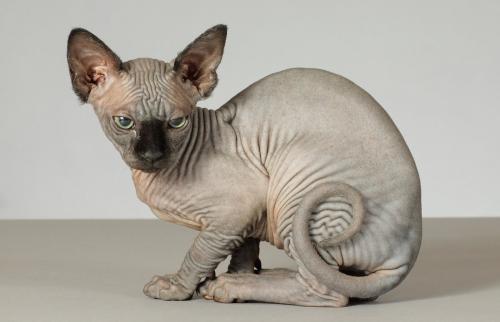 Body size is another good way to figure out what cat breed you may have. Some cats are very large like the Savannah, Maine Coon, Ragamuffin and Siberian. Other cat breeds are quite small like Singapura, Somali and Turkish Angora. Even smaller are "dwarf" cats like the Munchkin and Dwelf. If your cat falls in the middle range of body sizes, it's harder to determine the breed but cats that fall on the extremes of large or small can help you narrow down the list of possibilities.

Finally there are some breeds that have their own unique physical features that make it hard to miss them. If your cat has one of these features, you may be able to determine their breed easily: 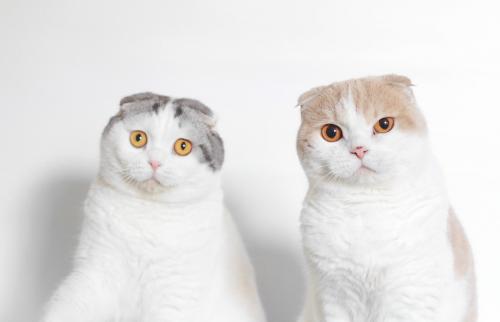 Some cat breeds have very distinctive eye shapes, such as the Siamese and Oriental with big, almond-shaped eyes. 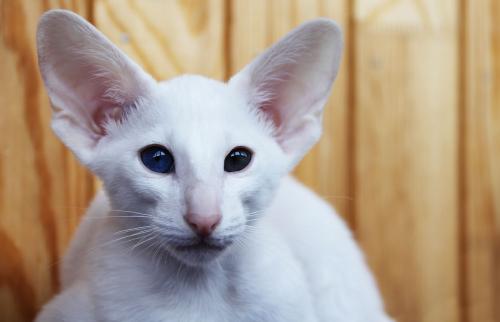 Certain cat breeds have facial shapes that set them apart from the rest. For example the Oriental and the Sphynx have elongated, pointed faces which makes their eyes look large. The doll-faced variety of the Persian is completely the opposite, with a short, flat snout and smaller eyes. 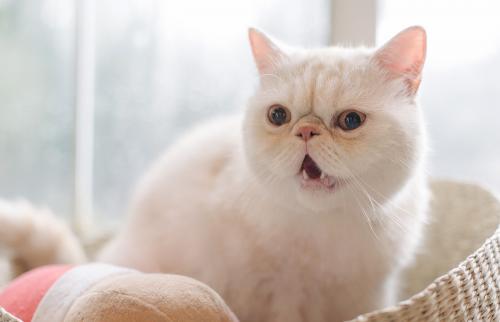 The Turkish Angora has a lovely plumed tail that definitely stands out. American Bobtails and Japanese Bobtails get their name from their short, "bobbed" tails. On the other extreme, Manx and Cymric cats can be born with a very short or no tail at all. Maine Coons have tails that are noticeably different because it is thick and bushy and seems to flatten out at the end. 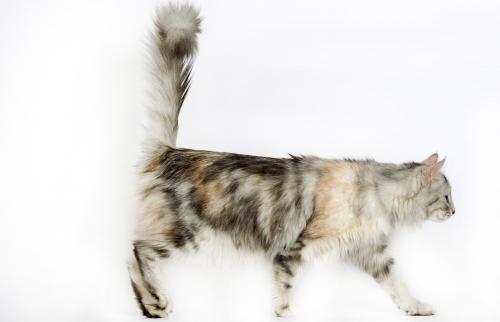 Dwarf cat breeds like the Bambino and Munchkin have short, stocky legs that look too small for their bodies. 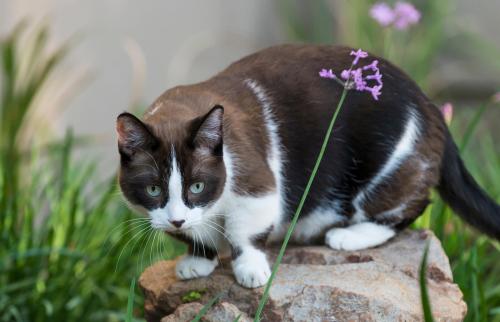 Polydactyl cats are cats that have at least 6 or more toes on at least one foot. While any breed can have polydactyly, there is a higher incidence of it among the Maine Coon breed as well as breeds found in Western England and the Eastern coast of the U.S.A. and Canada.

Some cat breeds are thick and stocky, also known as "cobby." Examples are the Cymric and Manx. Other cats have lithe, slender bodies that remind one of an elegant dancer. Breeds in this category would be the Oriental Shorthair, Sphynx and Siamese. Look at your cat's body structure and compare it to the breed standard for breeds you think he or she might be to see if there's a match. 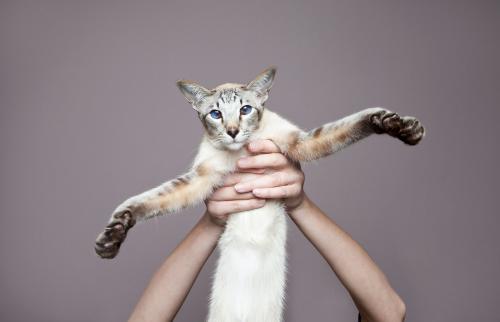 Once you've narrowed down your list of possible breeds, try to contact breeders who are familiar with the breed or breeds you think your cat is. Visit some cat shows if any are held locally and bring along pictures of your cat, or a video on your phone is even better! Breeders and others involved in the cat fancy are familiar with many cat breeds and may be able to provide some insight.

After all of this work, you may still not be able to figure out your cat's breed, especially if it's a mixed breed. Regardless, every cat is an individual and you can relish all the physical and behavioral qualities that make your cat unique and a loving feline friend!

1
Comments
© 2006-2020 LoveToKnow, Corp., except where otherwise noted. All Rights Reserved.
Which Kind of Cat Do I Have?