From brain power to political power, those mysterious cats are at it again, wowing with their enigmatic abilities and baffling us with their inexplicable powers. You won't believe these incredible facts about cats.

1. A Cat's Brain Is More Similar to a Human's Than a Dog

Every cat owner secretly thinks that their cat is WAY more clever compared to all those dumb dogs, but this goes further than just a hunch. Biologically, a cat's brain is more similar to a human brain than a dog's. Both humans and cats have identical regions in the brains that are responsible for emotions, and a cat's brain has a 90% similarity to that of a human. Its cerebral cortex has 300 million neurons, compared with a dog's 160 million. Finally, you have proof! 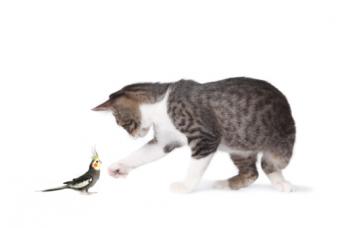 Ever wondered whether your feline is left or right handed? Well now you need wonder no more. Although many believe cats are ambidextrous, a study by Queen's University Belfast found that female domestic cats tend to rely on using their right front paw while male cats more frequently use their left front paw when faced with more challenging tasks. Interestingly, 90% of humans are right handed, while the remaining 10% of lefties also tend to be male.

Ever wonder why it's so hard figuring out what your cat's different mews and purrs mean? Stop scratching your head - it's because cats make about 100 different sounds. Yup, you might have thought it was ten or twelve, but you need to up that figure a fair bit. Proving once and for all, that cats are more complex creatures than dogs, who only make around 10 different sounds.

4. A Cat Is The Mayor of Talkeetna, Alaska 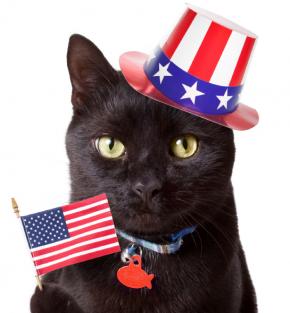 No joke, as ridiculous as this sounds, it is absolutely true! Going by the name of Stubbs, the cat has been Mayor of Talkeetna, Alaska, since July 1997. How can this be?! We hear you ask. Stubbs's position is honorary, as the town is only a "historical district." As of 2016, Stubbs is still mayor, and continues to be flooded with cards and letters from his admirers. He was not the only cat to have mayorship in his sights, however. A cat ran for Mayor in Mexico City back in 2013 as well!

5. The Biggest Cat Is The Savannah F-1

So you may think you've seen some pretty big cats in your time, but when it comes to the Savannah-F1 we're talking HUGE! The Savannah is a hybrid domestic cat breed and is a cross between the serval and a domestic cat. A bit like having a mini cheetah around the house, the Savannah F-1 can weigh in at a whopping 20 to 30 lbs. A Savannah called Scarlett currently holds the Guinness world record as the tallest domestic cat at staggering 17.1 inches from shoulder to toe.

6. The Egyptian Mau Is The Oldest Breed of Cat

You probably already know that cats were worshipped as deities by the ancient Egyptians, but did you know that a cat domesticated by the Egyptians is still around today? Cue the Egyptian Mau. The Egyptian Mau is the oldest and the only naturally occurring breed of spotted domestic cats and is also the fastest breed of pedigree cats giving fastest man alive, Usain Bolt, a run for his money.

7. And Now For The Richest Cat in The World! 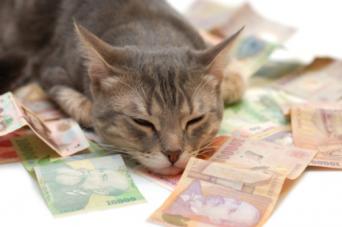 Ever thought about leaving all your worldly possessions to your puss? Well, one lady did and in doing so created the world's richest cat. A 94-year-old Italian heiress, who was widowed and childless when she adopted Tommaso, a flea-ridden stray cat roaming the streets of Rome, passed away and left her entire 13 million dollar fortune to her cat, Tommaso. Sadly, Italian law forbids passing on wealth directly to an animal, so her nurse, friend, and fellow cat afficionado became the overseer of Tommaso's care and estate. They both lived happily ever after. 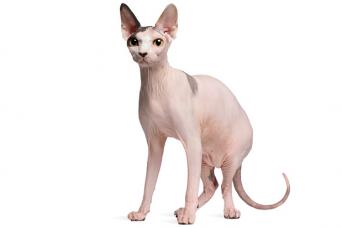 Hands down one of the strangest looking cat breeds around, the Sphynx (or Canadian Hairless) is actually not as hairless as you think. Although to most, the cat looks as bald as the day you were born, they are actually covered in an incredibly short, soft fur that feels a little bit like a subtle fuzz. They have also been known to grow whiskers and eyebrows - who would have thought!

No, we're not talking some sci-fi mumbo-jumbo, we're talking real life stuff! If you have oodles of cash to splash about and a cat who you just love so much you would kinda fancy two of them, then no joke - the technology exists to make that dream a reality. Living proof is Little Nicky, created by a pet-cloning company Genetic Savings and Clone for a cool $50,000 from the DNA of a lady's previous beloved cat. 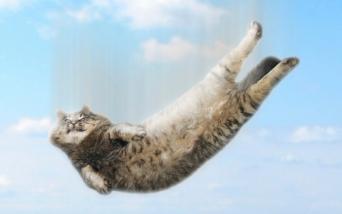 Ever gone to let you cat in through the window only to have a heart attack as you see them lose the plot and fall of the ledge? Although this is a total heart-in-mouth moment, don't sweat the small stuff. According to a study by the Journal of the American Veterinary Medical Association, 132 cats falling from an average of 5.5 stories and as high as 32 stories, have a survival rate of about 90%. This is thanks to their Righting Reflex which kicks in at lightning speed during a fall, reorientating its body so it can land feet first and intact on the ground.

As if we didn't already have enough reasons to be obsessed with our cats!