You and your cat are happy together, and there are plenty of reasons you shouldn't get another cat (or are there?). Adding another feline to the dynamic would be ridiculous - right? In case you've been pondering this extremely important life decision, here are all the reasons that you should stick to your guns, preserving both your sanity and that of your kitty pal.

1. Your Couch Is Shredded Just the Way You Like It 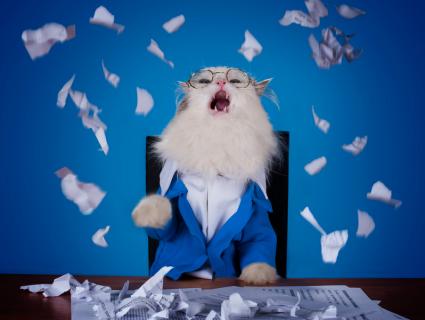 Regardless of your unending affection for one another, your cat absolutely cannot keep her paws off of the curtains. Or from gnawing the corner of the couch. That report you printed up so carefully for work last week? Complete confetti by the next morning, but that has to be your fault for leaving it teasingly on the dining room table. But it's totally okay, because shabby chic never goes out of style.

Even as you're considering why she has these moments of madness, you wonder if another cat might calm her down. They can have a friendly wrestling match, focusing on each other instead of your houseplants. Then reality hits… wrestling will mean they knock over the vase that Great-Aunt Celia gave you as a wedding present. Although you've been looking for an excuse to get rid of that eyesore, anyway. Would you be able to explain that one?

2. Your Cat's Totally a Loner

There's a reason the expression "cool cat" is part of popular culture. Your Fluffy is in his element when no one's getting in his face. Going to work? He couldn't care less. Watch him yawn as you run out the door each day. Yeah, he might follow you around once you get back, or even stick his paws under the bathroom door until you've done your business. Once, you even found pictures of attractive cats at the end of the bed, torn out of magazines by what looked like claws instead of scissors.

Perhaps there's room in Mr. Cool's heart for a companion. Everyone loves kittens, right? Once you've sat Fluffy down and told him he's getting a little brother or sister, watch that loner heart start to melt. Then prepare for your slight pangs of jealousy (and some heart melting of your own) every time you see them hugging.

3. Your Cat Already Has Too Much Stuff 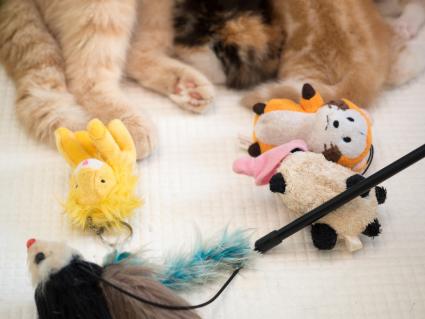 Going to the vet. Going to the pet store to buy more toys (and kitty insists on tagging along, to hand, uh, paw-pick the absolutely perfect feather-on-wand - here's a hint: It's all of them). Grain-free food for her sensitive tum-tum. Where does it all end? It's bad enough if there's one. But if there's another cat, it needs a separate litter box, too? Come on.

Well,"Thrifty" is your middle name. You can sniff out a bargain like nobody's business. Could taking care of two cats can be done almost as cheaply as one? Who needs expensive toys when you can pick up all different sizes of boxes for free from the liquor store, which cats love more than life itself? Or just maybe... you could get a second job at said liquor store and help pay for that second kitty. Go you! 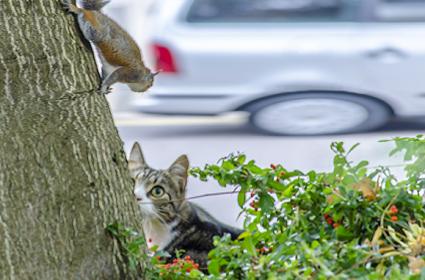 Whoever invited that squirrel who hangs outside your porch door should get a good smack, because he's your cat's arch-nemesis. Something about that puffy, twitchy tails whips your baby into a frenzy. Whenever Rocket J. makes an appearance, the butt wiggle begins, followed by a mindless attack of the porch door. No matter that it's solid glass, and she's made this mistake about a thousand times already. When it comes to the interloper outside, nothing's too repetitious.

A new feline buddy might be a solution to this insanity. One that's gray or brown and has a twitchy nose. The two of them can pounce their hearts out on each other and forget about ol' squirrely outside. At least until both of them start flinging themselves at the porch door simultaneously. That will make a fun video for YouTube, though, yes?

5. You Love Giving Kitty a Bath 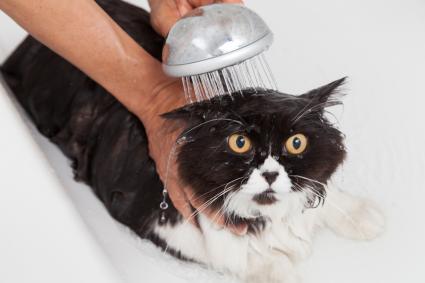 Oh, but there is simply nothing a cat loves more than being submerged in water! Well, unless you add some kind of frothy shampoo to the mix. Why expect your poor cat to do all the work himself when bath time is such a satisfying experience for you both? Those scratches on your arms? They don't mean a thing. The ones on your face? Mind your own business.

If it seems like Tiger is grooming all day, duh, he doesn't need a bath. If you despair that Tiger spends most of his day making himself pretty, add a cat friend to his routine to make sure that those hard-to-reach places get taken care of, no bathtub required. Don't be alarmed if butt-sniffing is part of the cleanliness package. These things happen.

6. No Way Is Anyone Calling You "Crazy Cat Lady"

You know that one cat is enough. You have these friends who collect cats like others collect stamps or coins, and it's getting a little unnerving. These friends even dress their cats in little outfits and treat them like people. Uh-uh, not you. No one will ever catch you forgetting the names of your pets because you have too many to remember them all.

Then…you see him or her when you're shopping for your solitary cat. The backstory written in a few lines on an index card is enough to thaw even Mr. Freeze. Who cares what other people think? Cats are cool (it says so right up there in #2). And as far as being called Crazy Cat Lady? Hey, there are far worse things to be called. Right?

2
Comments
© 2006-2020 LoveToKnow, Corp., except where otherwise noted. All Rights Reserved.
Resources, Advice & Tips for Covid-19
Read More
Why You Shouldn't Get Another Cat