Though most people are familiar with the Sphynx cat, there are several cat breeds that are considered hairless. These cats deserve a name that fits their unique look and bold personality.

If you want to choose a name based on your hairless cat's origins, you can choose a cultural theme. There are many options both based on where they are thought to be from and where their origins actually lie.

Because of the name of the most popular hairless breed, the Sphynx, owners often pick Egyptian-themed names. Below are a selection of Egyptian names that focus on hairless cat qualities such as their outgoing and affectionate nature and their tendency to be warmer to the touch than regular cats. 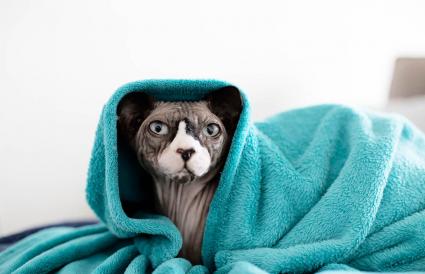 Other cat owners choose Russian names as the Peterbald and Donsky breeds can trace their origins to this area of the world. 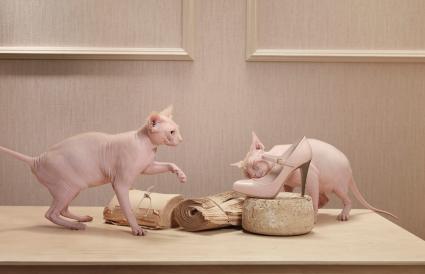 You might be surprised to learn that the actual origin of the most common hairless cat breed, the Sphynx, is bred in Toronto, Canada. In fact the breed is also known as the Canadian Hairless. Some ideas for Canadian themed names could be places in Canada or popular Canadian items such as: 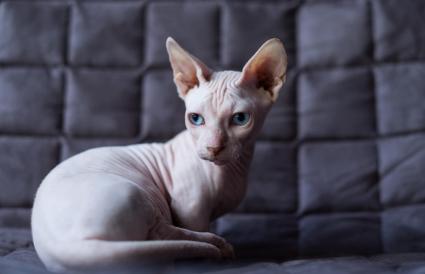 Hairless Cat Names Based on Textures

Not all hairless cats are truly bald. Some may have patches of sparse hair on their bodies or a full covering of a soft, peachlike fuzz that appears "hairless" until you have the cat up close. Hairless cats can be surprisingly soft, though some can also be oily if not groomed properly. They also tend to be wrinkly. Names based on their physical textures can be a fun way to make your cat stand out. 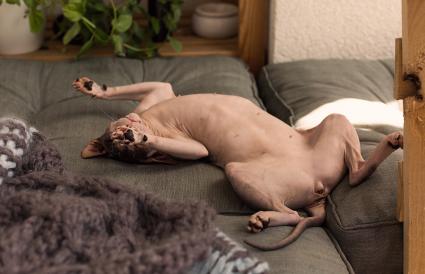 Despite their loving personalities, one can't deny that hairless cats can be strange looking. Naming them after unusual creatures can highlight their unique appearance.

Some look at hairless cats and immediately think of woodland fairy creatures or mythological beings. Some name ideas based on this concept could be: 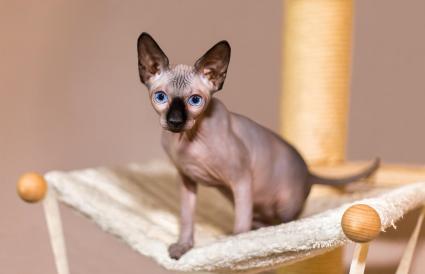 Hairless Cat Names Based on Aliens

If you follow the popular Instagram account Sphynxnille you'll know all about the travails of two adorable hairless cats and their attempt to return to the Naked Cat Planet. Hairless cats definitely do look like little aliens so try out a name based on a space creature and celestial bodies! 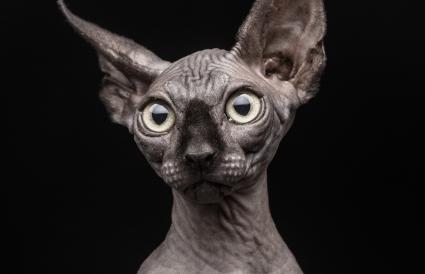 If you've fallen in love with the idea of having a hairless cat snuggling with you each day, there are a few hairless breeds to choose from.

The Sphynx is the most commonly seen hairless cat. The breed was popularized with the Mr. Bigglesworth character in the popular Austin Powers movie.

The Donskoy is known for their dog-like temperament. This hairless cat hails from Russia and is also known as the Russian Hairless.

The Peterbald is a mix of the Donskoy cat and Oriental cats. They are unusual looking cats that can range from completely hairless to a short or wiry coat with the elongated facial features and blue eyes of the Oriental.

The Elf is a mix of the Sphynx and the American Curl. They are not a recognized breed and are very rare.

Bambinos are a mix of Sphynx and Munchkin cats. Like their Munchkin forebears, they have a dwarf body shape and size, coming in at no larger than five to nine pounds total.

Dwelfs are a mixture of the Sphynx, American Curl and Munchkin. They have the look of a Sphynx with a Munchkin "dwarf" body and an American Curls' turned-in ears.

Choosing a Name for Your Hairless Cat

Owning a hairless cat means having an unusual cat with a personality to match. Picking a name that fits their unique qualities can be a fun task. Be creative and enjoy your new bald feline friend!