Scientists studying the DNA of modern cats and ancient artwork have determined that cats were most likely first domesticated in Egypt. In fact, all modern domestic cats are descended from the Near Eastern wildcat found throughout the Middle East and Africa. Despite Egypt's importance in the development of the cats known and loved today, there are only a few modern breeds that hail from the country.

The Egyptian Mau is one of the only cat breeds with naturally occurring spots. There are actually two Egyptian Maus, the "show" breed that was bred by cat fanciers in Europe, and the "original" Mau, which are much more varied in appearance than the show type. 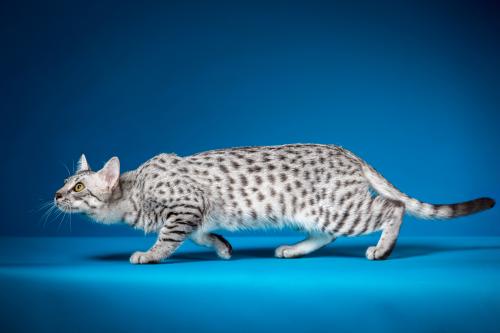 These cats are also considered by some to be native Egyptian Maus and were recognized as an experimental breed by The International Cat Association in 2010. These cats are basically feral cats found in Egypt that are the object of a concerted rescue effort to save them from poisoning and eradication by the Egyptian authorities.

A Shirazi is a crossbreed of an Egyptian Mau and a Persian, producing a semi-longhair spotted cat. The breed is not recognized yet by any cat registries. In their native Egypt, they are considered a "street cat."

No one really knows for sure whether the Abyssinian is actually from Egypt. They are often considered an Egyptian breed because of their resemblance to the wild cats of the region and to the other Egyptian breeds. Scientists doing DNA research believe the Abyssinian may in fact be from Southeast Asia but currently, it's still up for debate. 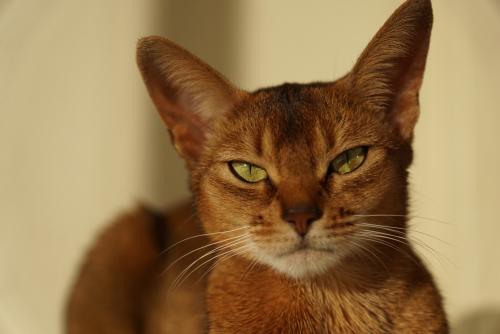 The Chausie is a hybrid breed, which is a mix of a wild cat and a domestic breed. The Chausie's wild heritage comes from the Jungle Cat, which is native to the Nile Valley and South Asia.

Egypt, the birthplace of all domestic cats, is home to some striking and intelligent cats of its own in modern times. Though many of the current Egyptian breeds are harder to find in the U.S., you can thank their progenitors for the cats you know and love in homes today.