The American Curl is a newer breed that many cat lovers may not be aware of yet. These charming cats are mostly known for their curled ears, hence the name, and are gaining in popularity in the U.S.

Origins of the American Curl Cat

The American Curl originated from a long-haired stray cat with curled ears named Shulamith in Lakewood, California. This cat was bred and her kittens possessed the same unique ear shape. The breed began development in 1983 when a genetic study was performed to determine if the breed was healthy. Researchers found that the ears were the result of an autosomal dominant gene and the breed was physically sound. The breed was fully recognized by the Cat Fanciers' Association in 1993 and by the International Cat Association in 1987. An interesting fact about the American Curl is that they are the first breed that the Cat Fanciers' Association recognized that comes in both longhair and shorthair varieties.

The American Curl weighs between five and 10 pounds, with males in the seven to 10 pound range and females around five to eight pounds. Their most distinctive features are their ears which curl backward and are ringed by lynx-like hair.

Another physical feature is their well-muscled long body, and an accompanying plumed long tail. Their heads are wedge-shaped and they have intelligent eyes with a large walnut shape. 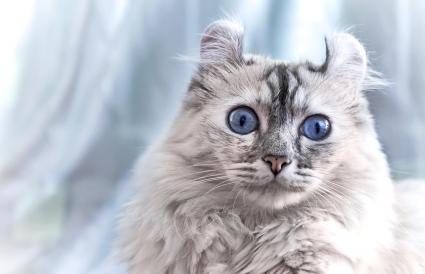 The American Curl's coat can be either semi-long or short and they come in just above every color and pattern. They are low shedders because they do not have a heavy undercoat and their fur has been described as soft and silky to the touch. They are low maintenance cats and do well with just a weekly brushing, as well as a bath whenever necessary.

Personality of the American Curl Cat

American Curls tend to mature slower than other breeds of cat and usually reach full maturity and size when they're three years old. This slow maturity also gives them a playful personality that exists long after they've reached adulthood and this has led to the nickname, the "Peter Pan of Cats." They are friendly, outgoing and vivacious and love meeting everyone, pets and people alike. They are affectionate cats that don't do well if left alone for several hours each day. An American Curl will thrive in a home where they at least have another animal companion to be with when you're away. They are also very active cats so prepare to ensure they have enough toys, perches, scratching posts and cat trees to keep them mentally and physically enriched. 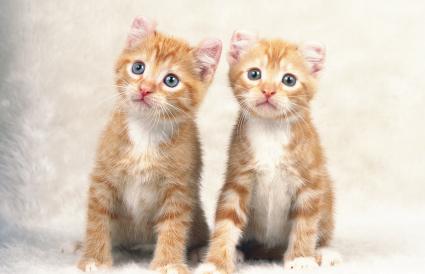 Unlike the more talkative breeds, the American Curl tends to be fairly quiet and prefers to spend time with their people by playing and cuddling rather than "having a conversation." They are also known for trilling more than making traditional meowing noises.

The American Curl has an average lifespan of nine to 13 years, although since they are still a fairly new breed this average may change over time as more generations of American Curls are produced. They are a healthy breed with no currently known genetic conditions but as more of this breed completes their lifespan, more information about medical issues they are predisposed to may come to light. 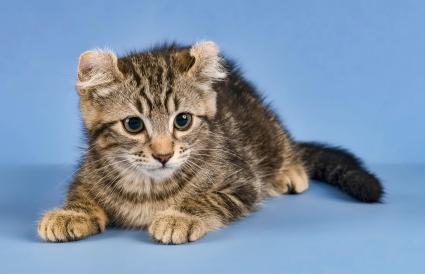 Where Can You Get an American Curl Cat?

Since the American Curl is a relatively new breed, it may be harder to find breeders who have kittens available. You can search for breeders through the directory on the Cat Fanciers' Association website and on The International Cat Association website. A purebred American Curl kitten will be about $1,000 to $1,200 although show quality kittens may be much more. If you want to rescue one, this may require a long search as they're won't be many in shelters, but you can try the Petfinder and Adopt-a-Pet websites to search shelters and rescues near you. There is also an American Curl rescue, Tavi & Friends, located in Brooklyn, New York.

Is the American Curl the Right Cat For You?

With an engaging, playful personality and minimal health concerns, the American Curl is an excellent cat for anyone looking for an affectionate feline companion. Since they're a newer breed, they can be harder to find and pricier than other breeds, but their loving and outgoing temperaments are definitely worth the effort.