The affable American Shorthair is an excellent feline companion for people of all ages. They are a hardy, good natured cat with a long history in the United States.

The American Shorthair cat was brought to the Americas by early settlers. In fact, they were "working" passengers on the Mayflower in 1620. Their job was to keep the rat population down on the ship, and this led to settlers prizing them for their ability to keep farms clear of rodents as well in the New World. The American Shorthair eventually became one of the cats exhibited at the first cat fancy show in America in 1895 and one of the very first group of breeds recognized by the Cat Fanciers' Association in 1906.

Differences Among the Domestic and British Shorthair Cat Breeds

The American Shorthair cat is sometimes confused for the ubiquitous Domestic Shorthair and its English cousin, the British Shorthair. Though all three breeds share some similarities, there are differences:

The American Shorthair has a distinctive round-shaped head with big green, gold, hazel or odd eyes to match. As adults they can weigh between six and 15 pounds with males bigger than females. The rodent hunting heritage of these cats can be seen in their muscular physique, which was designed to be strong and athletic. They are considered medium to large size cats.

The American Shorthair's coat is short and dense and sometimes has been described as "hard." These cats are most popularly found as silver tabbies, but can be found in many other colors and patterns including:

This breed is easy to care for and requires a weekly brushing to keep their coat healthy as well as routine tasks like nail trimming and ear cleaning. A bath might be necessary if they get themselves dirty outside but otherwise is not a regular occurrence.

This breed is known for being an excellent companion cat with a genial, outgoing personality. They are not excessively needy like some cats and can be a bit more standoffish if you're looking for a cat that is always on you and demanding cuddles. They have a laid back personality that makes them a good fit for an active home that might stress out more sensitive cats. They are also known for adapting well to just about any type of person and can live happily with children, other cats and other pets.

The one caveat about living with children is the breed's known dislike of being picked up or excessively handled, so they may not enjoy living with toddlers who want a cat they can carry around. These cats tend to prefer hanging out with people on their own terms and it's best to allow them to choose where they want to relax, whether it's on your lap or just nearby. 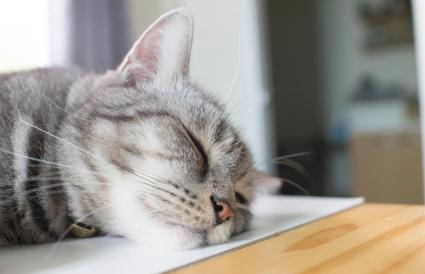 American Shorthairs are one breed that will definitely enjoy playing with toys like fishing wands and small "batting" toys as it will stimulate their hunting instincts. Play is important for these cats as well to keep their weight healthy and they're a good candidate for interactive toys they can use while they're home alone during the workday hours.

The average lifespan for an American Shorthair cat is about 15 years, though it's not unusual for some to live as long as 20 years. The breed is considered a healthy cat without many common health issues endemic to the breed.

Where Can You Get an American Shorthair Cat?

American Shorthair cats may be harder to find in rescue. This isn't because they aren't available but because they may be mislabeled as domestic shorthairs, unless the rescue or shelter has in depth experience with the breed and can spot a purebred or receives one surrendered by an owner who provides the cat's history. 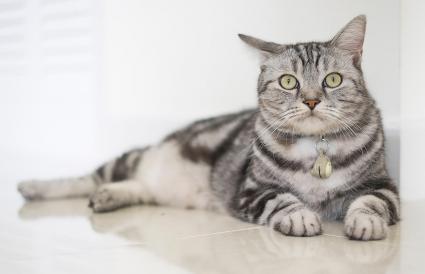 Is the American Shorthair Cat the Right Cat For You?

If you love cats and want a friendly, outgoing companion that can enjoy your company but won't fall apart when you leave, the American Shorthair is a good choice. They're low maintenance and are playful cats that get along well with other pets and humans. Just make sure you watch their food intake and provide them with exercise outlets to keep the weight down and minimize excessive handling and you'll have a happy, healthy feline friend in the American Shorthair cat.