In a breed renowned for its beauty, the chinchilla Persian cat is considered by some enthusiasts to be the most beautiful of all Persians. Perfect, doll-like facial features along with a spectacular coat of fur in colors like silver and gold, make these cats a popular choice.

Chinchilla kittens are fluffy and adorable, and they grow into beautiful, regal cats.

Persians are one of the most striking cat breeds, and they come in just about every color and pattern you can imagine. Even so, the chinchilla-coated Persian is incredibly eye-catching. All of these cats have three very distinct traits in common:

Chinchillas are also a little different in that they typically have doll faces, which are more traditional than the flat or "Peke-faced" profile you see in other Persian cats. However, you will see some fairly flat-faced chinchillas at cat shows because show breeders want to remain as competitive as they can.

The characteristic tipping of a chinchilla's coat gives this cat a shimmering quality. According to the Cat Fanciers' Association (CFA) breed standard, the chinchilla-coated Persian is part of the Silver and Gold color division. Here is the breakdown on colors. 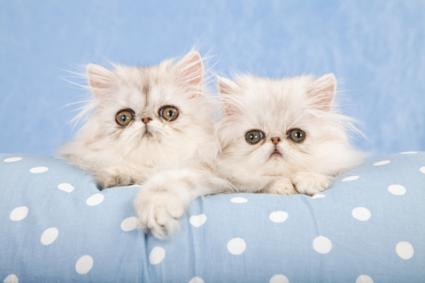 The standard states that the coat should look like sparkling silver.

These cats are similar to the silver chinchilla, with the following exceptions. 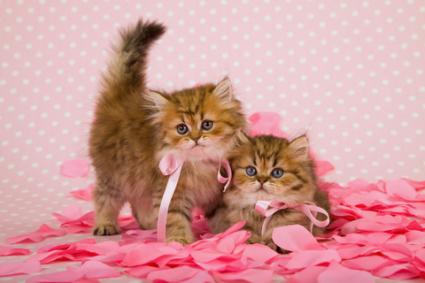 This coloring is similar to the chinchilla golden coloring, with the following differences.

Difference Between a Chinchilla Persian Cat and a Shaded Persian

Chinchilla Persians are sometimes confused with shaded Persians. To the novice eye, it may be a little difficult to distinguish between these two color varieties. The different is:

Admittedly, the difference is subtle. According to the same CFA breed standard, the shaded coat looks darker than the chinchilla coat.

The Dearheart Persians breeder website offers a gallery with photos of these lovely felines. Note that LoveToKnow does not endorse any breeder, and you should thoroughly research any breeder with whom you consider doing business.

A Separate Breed? Perhaps One Day...

Although these cats are currently grouped as part of the Persian breed by both the CFA and The International Cat Association, some enthusiasts believe chinchillas should be recognized as a breed in their own right. In fact, there was a movement to gain separate breed recognition, but chinchillas remain included with the Persian breed for the time being. However, these cats are considered a separate breed by some other associations. The South African Cat Council is one such association that lists these cats as Chinchilla Longhairs. Who knows, perhaps the chinchilla will one day gain separate recognition. All it takes is for persistent, dedicated breeders to keep working toward that goal.