Ginger cats are not a specific breed but a distinct color pattern. A ginger cat has a red to orange tabby color pattern and is sometimes known by other names like the orange or marmalade tabby.

Where Do Ginger Cats Come From?

A ginger tabby is produced by the gene for the ginger color which is found on the X chromosome. Ginger cats are always tabbies, although the pattern may be very muted on an individual cat, making it seem like its a solid color unless you view it up close.

Are Ginger Cats Only Male?

Gingers can be found with both male and female cats but the gene is a sex-linked trait. If a male cat inherits one ginger gene from a parent cat, he will be a ginger tabby. However a female cat needs to inherit two ginger genes to have the coloration. As a result, the ginger tabby pattern occurs three times more frequently in males than females. Another common myth is that female ginger cats are sterile but in fact there is no basis to this belief. In fact if you want more ginger tabbies, especially females, you can breed a ginger female to a ginger male.

Ginger cats get their red coloring from the pigment pheomelamin, which is also the pigment responsible for people with red hair. Like the grey and brown tabby cats, ginger tabbies have five possible patterns. A ginger tabby can be any of these tabby types.

The classic tabby pattern looks like swirls of darker color on a lighter colored background. It's also called a blotched pattern. 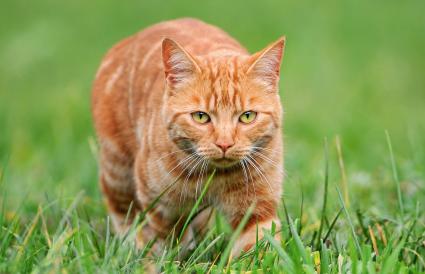 The mackerel tabby pattern looks like stripes along a cat's sides, giving the appearance of a tiger's stripes or a fish skeleton. 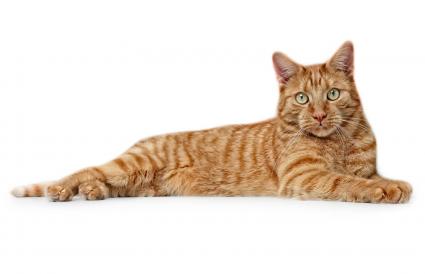 A ticked tabby has the classic tabby "M" on the face. These tabbies do not have the classic or mackerel stripes but rather agouti hair, which means hair that has alternating stripes of color. 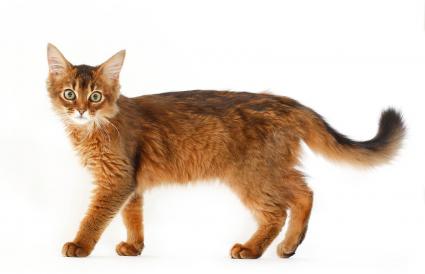 A spotted tabby has spots of color rather than stripes or swirls. Sometimes these will appear as small spots, other times as rosettes and in some cases even like broken stripe sections. 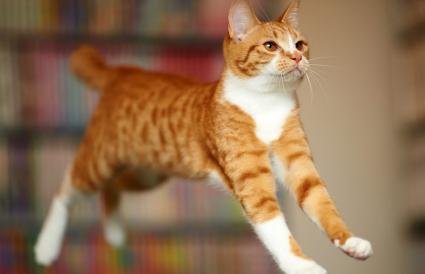 A patched tabby has patches of other colors on the body, which can be tortoiseshell, solid or other colors. 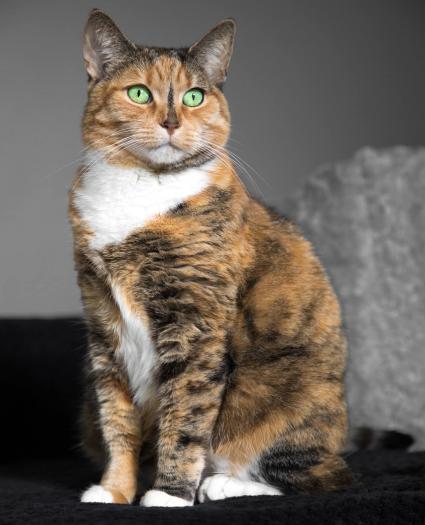 Another physical characteristic common among ginger cats are black freckles. These can be found on the cat's face and usually start to appear once the cat has reached adulthood.

The ginger tabby pattern can be found in most breeds of cats, other than those with specific coloring such as the points of a Siamese or the subtle grey of a Russian Blue. There are a few breeds where it occurs more frequently than others.

The Abyssinian has the ticked tabby or agouti ginger coloration. The Somali cat is the long-haired version of the Abyssinian. 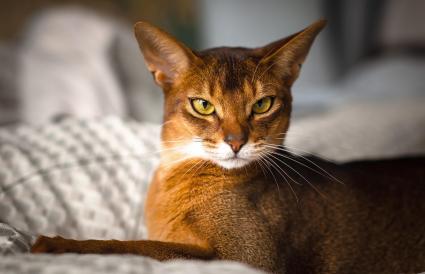 The American Bobtail gets its name from the short bobbed tail and its similar look to a wild Bobcat. This breed can have the classic, mackerel, spotted, ticked or patched ginger tabby patterns. 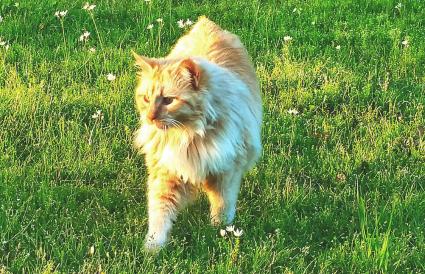 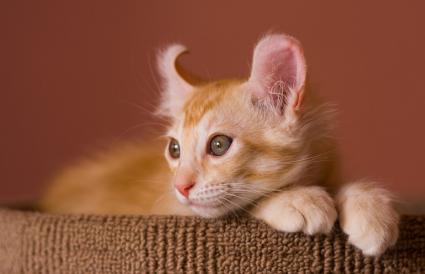 The Bengal is a hybrid cat developed from the wild Asian Leopard cat. Bengals can have the spotted ginger tabby or a marble tabby pattern that looks like random darker swirls of color. 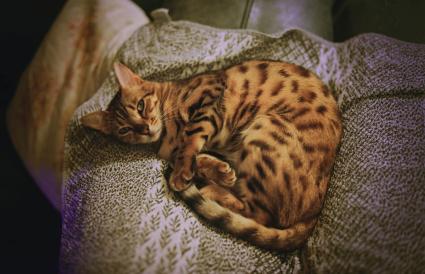 The British Shorthair is known as the "bulldog" of the cat world and these calm, short-haired cats have a cobby, medium-size body. They can have the classic, mackerel or spotted ginger tabby patterns. 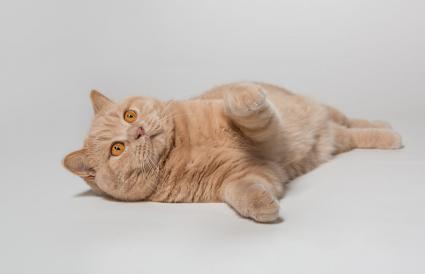 The lovely Egyptian Mau is the only natural domesticated cat breed that has the spotted pattern. Ginger Maus come in a bronze color with darker brown to black markings. 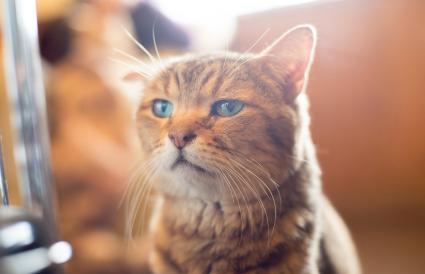 One of the largest domesticated cat breeds is the Maine Coon, which can weigh between 15 and 25 pounds. These long-haired cats can come in the classic, mackerel and ticked ginger tabby patterns. 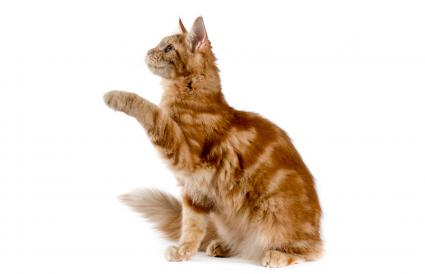 Munchkin cats get their name from their natural genetic mutation that makes them look like a cross between a cat and a Dachshund. Munchkins can have short or long hair and can come in any of the ginger tabby patterns. 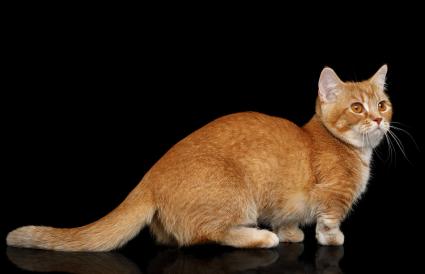 The Ocicat looks like another hybrid wild cat like the Bengal. In fact they were developed by crossing Abyssinians, Siamese and American Shorthair cats. The Ocicat comes in the spotted tabby pattern and the red, or ginger, version is called "cinnamon." 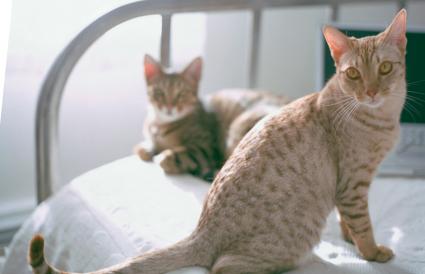 This svelte, elegant cat has the personality of their Siamese cousins. Oriental Shorthairs come in any of the five tabby patterns and shades range from a rich darker red to a soft cinnamon color. 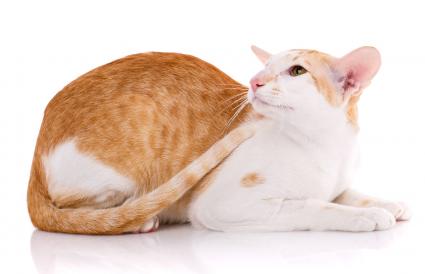 One of the most popular cats in the U.S., the Persian has a long, luxurious coat and a gentle personality. They can come in a solid red color (with tabby markings underneath) or the classic or mackerel ginger tabby patterns. 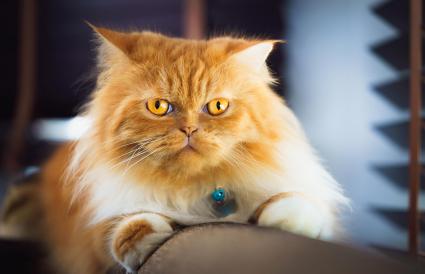 While ginger can be found in almost every cat breed, there are a few breeds where you'll have a better chance of finding a ginger cat than others. Ginger cats are prized for their beauty and many have a reputation for friendliness, though the scientific jury is still out on whether coat color influences personality. If you do decide to bring a ginger cat home, or already have one, don't forget to celebrate Ginger Cat Appreciation Day on September 1st of each year!