The Selkirk Rex cat is the perfect feline for someone who wants an extra soft companion to cuddle with. Called the "cat in sheep's clothing, their unusual curly hair is coupled with a gentle, calm temperament.

Origin of the Selkirk Rex Cat

One of the interesting features of this breed is that they are the only cat breed named after a person, the stepfather of the original breeder. The cat was found in a shelter in Montana in 1987 and its curly fur is a naturally occurring genetic mutation. This curly haired cat was bred to a Persian to produce more curly-hair kittens and the breed's development began. The Selkirk Rex was recognized by the International Cat Association in 1994 the Cat Fanciers' Association in 2000.

The Difference Between Selkirk and Other Rex Cats

One of the main differences between these breeds is that the gene for the Selkirk's curly hair is dominant. In the Cornish and Devon Rex breeds the gene causing their unique fur is recessive. In terms of their body shape, the Selkirk is also stockier and rounder than the other two breeds. 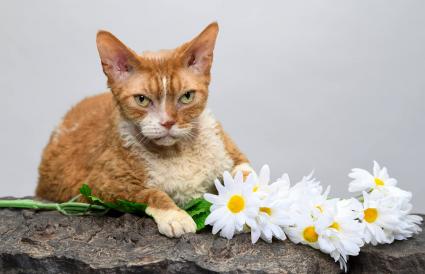 The Selkirk looks much like the British Shorthair cat, with a cobby and heavy-boned body and a round head and eyes. They also have a distinctive "flat" area between their ears on the top of their heads. The breed weighs around nine to 16 pounds with males larger than females.

The most striking feature of the Selkirk Rex is their curly, wooly coat and crinkled whiskers. The Selkirk Rex can come in both short and long hair varieties. It's also possible for a litter to produce kittens with straight hair. Their coat comes in about every solid color and pattern, including points, shaded, smoke, chinchilla, mink, sepia, van, bicolor, tabby, tortoiseshell, and calico. 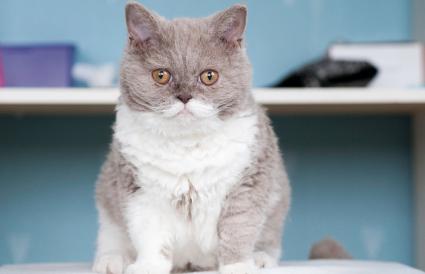 They are not a heavy shedding breed and their coat is relatively easy to care for. They will need a weekly combing to keep their hair clean and remove any mats. They should not be brushed as this can damage their curls which can be brittle.

Is the Selkirk Rex Hypoallergenic?

No cat is truly hypoallergenic and the Selkirk Rex is no exception. They produce the same type of dander that affects people with allergies. They also are moderate shedders so they are not a good choice if pet hair is an issue for you.

You can find no better choice for a family cat than the Selkirk Rex. They are relaxed and docile and love to be held and snuggle with their people. They are good with children and even younger children provided they know how to interact appropriately with a cat. They have a reputation for being silly and clownish and active without being hyper. Because of their social nature, they don't do well alone and are best paired with another cat or another pet such as a dog if you'll be gone long hours each day. 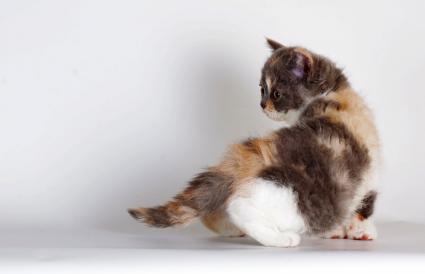 The Selkirk Rex has a lifespan of about 15 years. They are not known for having much serious health conditions endemic to the breed. There are a few medical conditions to look out for: 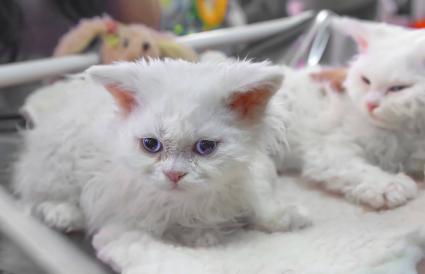 Where Can You Get a Selkirk Rex?

The average cost for a Selkirk Rex kitten is about $800 to $1,500. You can find breeders through the Cat Fanciers' Association and the International Cat Association's breeder directories. Rescuing a Selkirk Rex can be harder as they are still a rare cat in the U.S. You can contact breeders to see if they have older cats that need placement and visit the Selkirk Rex Rescue and Retired Breeders Facebook page. You can also use the Petfinder and Adopt-A-Pet websites to search for them in shelters and cat rescue groups but realize it may be very hard to find one.

Is the Selkirk Rex the Right Cat For You?

The Selkirk Rex is a lovable, fluffy cat that has a personality somewhat similar to its calm Persian ancestors. They are a great breed for someone who wants a social cat that enjoys affection and interaction but isn't going to run rings around the house. They will need mental enrichment and some type of companionship if you work long hours. They're not a good choice for an "only" cat who spends a lot of time alone.