The graceful and lovely Tonkinese is an excellent choice for fans of colorpoint cats. They have similar personalities and can be engaging, intelligent companions.

The Tonkinese, or Tonk for short, has been around since at least the 14th century although they didn't arrive in the United States until 1930. Their believed to have originated in Southeast Asia and previously were known as the "chocolate Siamese" or the "golden Siamese." The breed was crossed with Burmese and Siamese cats in the U.S. in order to develop a cat with their color patterns and eye color. The Cat Fanciers Association recognized the breed in 1984 and by The International Cat Association in 1979.

Physical Characteristics of the Tonkinese Cat

Tonkinese cats weigh approximately six to 12 pounds. They have a slightly heavier and muscular body than their Siamese cousins. Tonkinese are known for feeling quite dense when you pick them up. Another striking physical characteristic of the Tonkinese is their aqua-colored eyes. They're actually the first recognized breed with aqua eyes, although not all Tonkinese have the color. 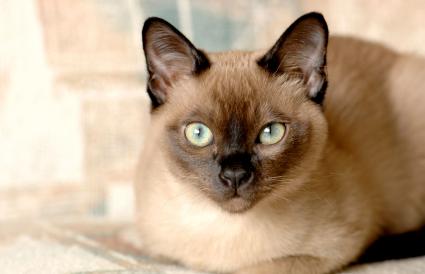 The Tonkinese is a colorpoint breed, which means they have a lighter base color throughout their body with a darker color on their face, ears, paws, legs and tail. The four base colors are:

They come in three different patterns which combined with base colors create 12 Tonkinese coat colors:

Tonkinese kittens are born with one color and will darken and develop their points as they get older. 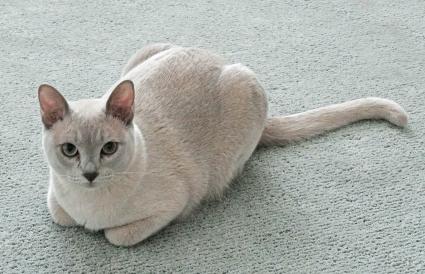 Tonkinese cat fur is short and should feel like mink to the touch. They do not require a lot of grooming other than a regular weekly brushing. They can be bathed occasionally if needed.

Tonks have a similar personality to the Siamese. They are very people-focused and affectionate and will follow you around the house. Tonks love cuddling and will happily snooze in your lap anytime they get the chance. They don't do well alone so it's best to have another feline friend for them if you'll be away regularly. They can also do well with other dogs that like the company of cats. This is a highly intelligent breed that needs mental stimulation and will enjoy activities like clicker training tricks and interactive toy play. Tonks are also a very playful, active breed and have been described as "kitten-like" well into adulthood and middle age. They are a vocal breed, though not quite as loud as the Siamese. 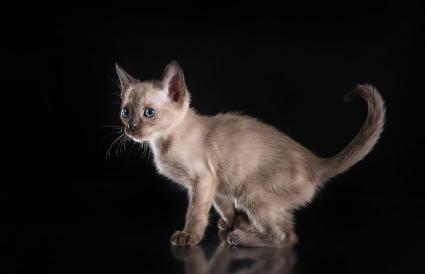 Tonks have an average lifespan of about 10 to 16 years. They are known for suffering from a few health conditions:

Where Can You Get a Tonkinese?

Though their popularity is growing, the Tonkinese is still a rare breed in the United States. You can look for breeders on the Cat Fanciers Association breeder directory, The International Cat Association website and on the site of the national breed club. Because of their rarity they're difficult to find in rescues, but you may be able to find cats needing homes through breeders. Tonkinese kittens are on average $600 to $1,200 though kittens from litters from registered champions can be much more. 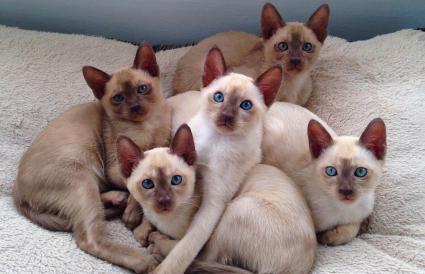 Is the Tonkinese the Right Cat For You?

The Tonk is a beautiful, loving cat that make excellent companions for adults, children and other pets. If you want a Tonkinese, you should make sure they have another cat or dog friend if you'll be working long hours. Though they can be harder to find than some other breeds, they're definitely worth the effort!