The Turkish Angora is a rare cat breed with a loving personality matched by its graceful physical beauty. Though they are not as widespread as other breeds in the U.S., they're definitely a breed to consider for the cat owner looking for an elegant and charming companion.

Origins of the Turkish Angora Cat

As its name implies, the Turkish Angora hails from Turkey and is the oldest long-haired cat breed, hailing back to at least the 14th century. Through interbreeding with Persian cats, the original breed had almost died out by the beginning of the 20th century. Through efforts by Turkish breeders and the Turkish government, a breeding program for white Angora cats was established through the Ankara Zoo. The descendents of these cats first came to the U.S. in 1954 and the breed was recognized by the Cat Fanciers' Association in 1968.

The Turkish Angora is a small-to-medium size lithe cat with almond-shaped eyes and large ears that look like those of a rabbit. They are well muscled and have slim proportions which can make them seem a bit lighter than they actually are. A common comparison of their body structure is to that of a ballerina who is dainty and light yet extremely athletic and strong. They weigh about five to 12 pounds. A distinguishing feature is their lovely plumed tail and "odd eyes" or heterochromia is common in the breed. 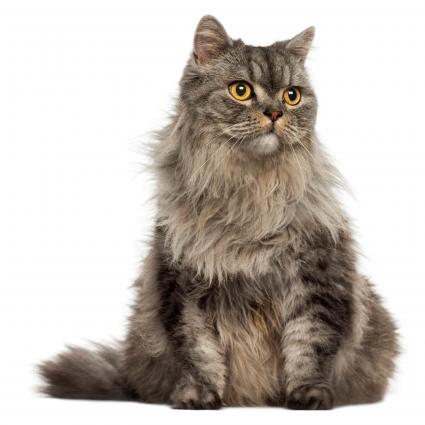 One of the most distinctive features of this breed is their coat. They have medium-length hair that is silky and light as there is no undercoat. Though the cat gives the appearance of being a "fancy" cat that will need a lot of grooming, it actually has minimal care needs. If you comb or brush the hair at least once a week to keep the hair clean and mat-free, you'll have a happy cat. They will also shed somewhat during the warmer months. While they don't need regular baths, this is a cat that naturally loves the water so giving him one may be a fun experience compared to other breeds.

For years the preferred color of the Turkish Angora was white although it does come in other colors. Solid colors include black, blue, cream and red. Turkish Angoras come in all versions of the tabby pattern in blue, brown, cream, red and silver. They can also be found with calico, tortoiseshell, smoke, shaded, bi-color and parti-color patterns. In addition to odd eyes, you can find Turkish Angoras with any combination of coat colors and eye colors of either blue, green, copper, gold or amber. 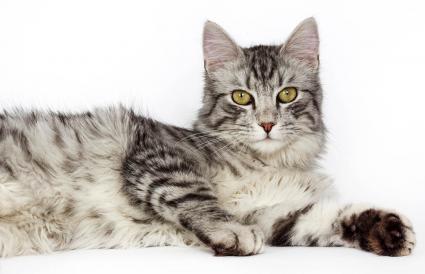 This breed has a reputation for being an outgoing, active cat that is very social with people, including strangers. They tend to get along well with other cats and pets, and people of all ages. One of the drawbacks of the Turkish Angora is that their elegant look makes potential owners assume this is a sedate, quiet cat that wishes to lounge about all day. In fact, these cats are highly intelligent and can get bored very quickly and need mental and physical outlets to keep them happy and out of trouble. This is one breed that will take quickly to clicker training and will love you for providing interactive toys and cat trees to give him plenty of entertainment. Turkish Angoras are also great talkers and will make sure you listen to them chatter about their daily exploits.

The expected lifespan of a Turkish Angora is about nine to 14 years. The breed is not known for many endemic medical issues, which may be related to the fact that it originally is a naturally occurring breed, not one created by a human breeding program. A few issues owners should be aware of include: 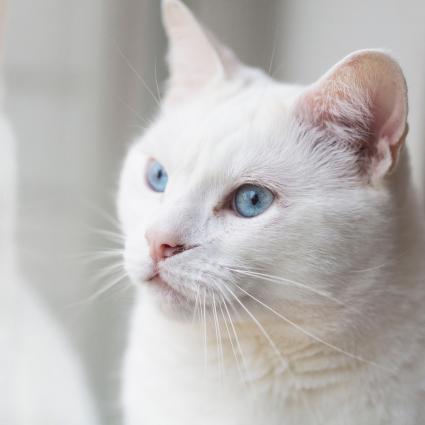 Where Can You Get a Turkish Angora Cat?

Buying a Turkish Angora kitten may take some time as this is still a rare breed in the U.S. If you identify a breeder expect to be placed on a waiting list that could be months or even years. Expect to see prices starting around $800 to as high as $3,000 or more. The best place to find breeders is through the Cat Fanciers' Association and The International Cat Association breeder directories. Because there are few in the country, finding one in rescue is very difficult, but some breeders may know of cats that need a new home or have cats they wish to place that have been retired from their breeding programs.

Is the Turkish Angora Right For You?

If you love an elegant yet active cat that enjoys a good conversation with you, the Turkish Angora could be a good pick. Realize though they're a rarer cat in the USA so it may take some time and a financial investment to bring one of these lovely and fiercely intelligent felines into your home.