Tuxedo cats are a much loved favorite among ailurophiles. They're always dressed to the nines and ready to go, whether that means attending to keeping your lap warm or dashing around your cat trees in style.

What Is a Tuxedo Cat?

Tuxedo cats are not a specific breed but rather a color pattern. The correct term is bicolor or piebald, which means a cat with two colors, one of which is white. Tuxedos specifically are black and white cats, although not all black and white cats are considered tuxedos. The term tuxedo is sometimes misused to refer to all bicolor black and white cats. In fact, the black and white bicolor and tuxedo patterns have been around so long that it's estimated that 70% of all the cats depicted in tombs from ancient Egypt were tuxedos!

A tuxedo cat is a bicolor black and white cat where the cat is primarily black, although it can be another color instead of black such as grey. The only areas where white will appear is on the cat's chin, throat, chest, and abdomen as well as his paws. In effect, the cat should truly look like it's wearing a tuxedo with a white dress shirt peeking underneath the black jacket. Tuxedo cats usually have green eyes and white whiskers as well. 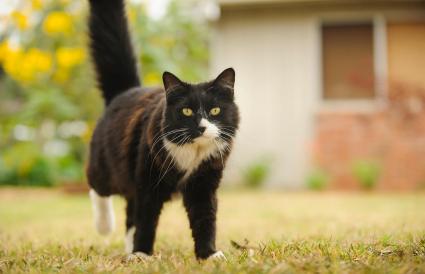 In addition to the traditional tuxedo markings, some may have additional touches of black and white in certain areas:

The term "reverse tuxedo" refers to bicolor cats where the colors are switched. The cat will be mostly white on the top and sides of their body and tail and black underneath along the belly to the chin and paws.

The tuxedo pattern is not limited to any one breed and can be found with both short, medium and longhair cats. It can even be found on hairless cats. Some breeds tend to show the coloring more than others including the: 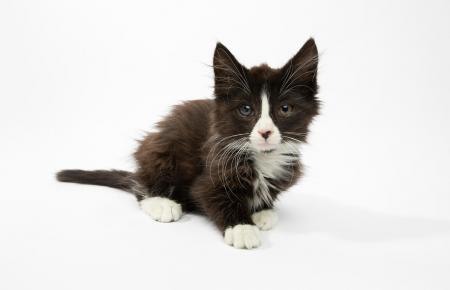 Though some cat owners will attest that tuxedos have a special personality, the truth is no scientific research has yet established that this color pattern is tied to a specific temperament. It may be that since this is a very common color pattern in cats, it's likely that the traits ascribed to it of friendliness are more basic to all cats than the specific genetics to produce the color. The fact that these cats look like they're dressed up and ready to party may also contribute to the belief tuxedo cats are friendlier than other cats. It is also often said online that tuxedo cats are "200% smarter than other cats" but there is no evidence to support this claim.

The tuxedo pattern can occur equally in both male and female cats. It's not limited to one sex like calico, tortoiseshell or orange or "ginger" tabby cats. 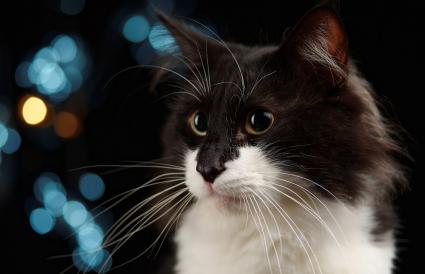 The tuxedo pattern is actually fairly ubiquitous among cats. Black and white happens to be the most common bicolor combination found in cats and since it's not limited to breed or sex, tuxedo cats tend to be easy to find through breeders and at shelters.

If you love the look of a tuxedo cat, you're not alone! Many famous literary and living cats are tuxedos, such as Felix the Cat, Sylvester from Looney Tunes, Dr. Seuss' The Cat in the Hat, and Socks, the "First Cat" who lived in the White House during Bill Clinton's presidency. However, famous cats aside, most tuxedo cats are happy to be overdressed in the average cat owner's home and don't mind at all if you enjoy their company in a casual family setting.