Famous cat names in literature can provide you with inspiration. The creative minds of authors present you with a wealth of famous cat names that you can also read about in various forms of literature. It all makes for a great combination of life imitating art when you choose one of these names for your furry buddy.

Many authors include pets in their books, since people in real life have pets in their homes. Some authors have written books that are just about one cat. You may find these are fun choices to consider for your cat's name.

In TS Eliot's book, Old Possum's Book of Practical Cats, there is a cast of cat characters in the collection of poems. In 1981, Andrew Lloyd Webber took the poems and created his famous musical, Cats! Each cat has a whimsical, fun name that you may decide is perfect for your furry companion.

There are two cats featured in Lewis Carroll's book, Alice in Wonderland. One cat is of Alice's world and the other lives in Wonderland. 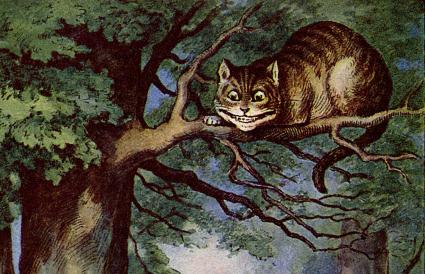 Through the Looking Glass and What Alice Found There

In Lewis Carroll's book, Through the Looking Glass and What Alice Found There, Alice's kitten, Dinah is grown. Dinah has two kittens that are named:

The rather dark fantasy award-winning novella for children by Neil Gaiman, Coraline, features a feline. While the name Coraline was a typo, the feline's lack of name was intentional. A mentor to Coraline, the black cat explains to her that cats have no need for names. In the book, the cat's name is simply:

The Japanese Manga series, Fairy Tail, by Hiro Mashima, features a cat character. The cat tags along the various adventures, often having humanlike characteristics. The cat is called:

In the Harry Potter world of Hogwarts School of Witchcraft and Wizardry boarding school, caretaker Argus Filch has a pet cat. His cat assists him in keeping tabs on students who may be up to shenanigans and downright misbehavior. The cat is called:

While Beatrix Potter broke into the publishing world with her first book, The Tale of Peter Rabbit, she went on to publish many books during her career. One recurring theme in several books is that of cats. You may find a name from one of Beatrix Potter's books is just what you were looking for.

Other famous cat names in literature can be broken into alphabetized lists. The first list of names can help you chose a name, especially if you have a specific letter you prefer for your cat's name.

You may discover a cat name you hadn't considered when you browse through K-R famous cat names in literature. You may find yourself drawn to a specific author and the cat name they chose to include in their book. 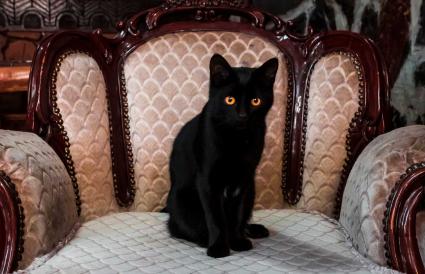 The famous cat names in literature in the range of S-Z offer you more choices. You may decide that you prefer a name based on the book and how the role the cat plays as a character in the book.

If you don't find the ideal name for your cat in various lists of amazing names, you may still be inspired. You might decide to make up your own cat name, the same way many authors do.