Naming your new cat or kitten is one of the best things about bringing him home. If he's a tuxedo cat or features stripes or spots in black and white, look for a name that reflects his fur pattern.

A black and white or tuxedo cat deserves a name as creative and unique as his coloring. Pick one of these cat names for your new furry friend:

These famous black and white cats have names you may want to use for your new cat. These names come from television, movies, and video games: 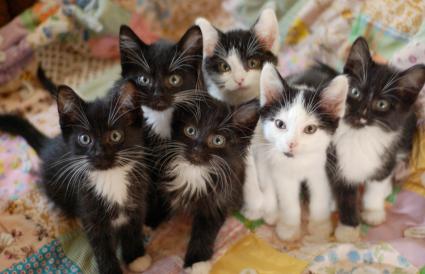 These characters may not be cats, but they are just as famous and have black and white features:

Names Based On Your Black and White Cat's Features

Your cat may be black and white, but that's not the only thing special about him. Other great names might highlight his fur pattern or his long whiskers: 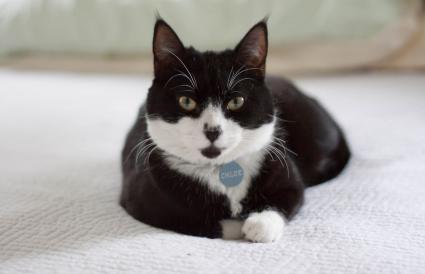 Mythological and Warrior Names for Black and White Cats

Pick a cat name that inspires strength and heroics, or even a bit of supernatural mythology, when you choose your cat's name. Not all warrior are heroes, though, so consider names with a villainous touch, too. Try one of these inspired warrior and mythological names for a black and white cat:

While true black flowers and plants are not common in nature, you will find some with a deep enough coloring to suggest they are black. White and black flowers, even if the dark shade is actually a burgundy, deep purple, or other dark hue, can make great cat names for your new furry friend. 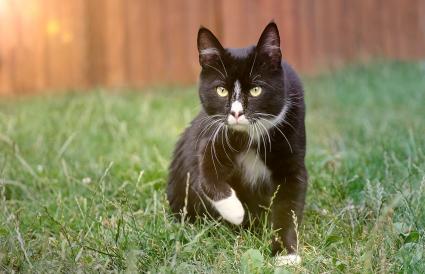 Black and White Cats Named After Other Animals

Get inspired by other animals in the wild that have black and white features.

When picking out a name for your tuxedo cat, you are not limited to selecting on based on his black and white coloring or features. Instead, you may want to pick out something based on personality, quirks or simply find a cute kitten name:

How to Pick the Best Cat Name

If you're not sure what to name your black and white beauty, narrow down your choices to three or four. Test them out for a few days to match them to your cat's personality and you're sure to figure out which one suits him best.